WITH the dawn of a new intercounty season fast approaching, Tyrone joint-managers Feargal Logan and Brian Dooher will be busy knitting together their panel ahead of January’s McKenna Cup competition.

A batch of would-be newcomers who impressed during the Tyrone Club Championships will be put through their paces in the coming weeks at Garvaghey, but there will be just as much interest in the state of play of the more experienced players on the panel.

It’s understood that the two most senior members of the Tyrone squad – namely Mattie Donnelly and Peter Harte – are set to make their return in 2023.

Donnelly and Harte, pivotal members of Tyrone’s All-Ireland Minor winning team all the way back in 2008, have been vital cogs in the senior panel for many years. Both two-time All-Stars, their expected return would be a significant boost ahead of the new season.

Meanwhile, clubs across Tyrone are also stepping up their preparations for 2023, particularly on the managerial front.

Noel Hurson and Ryan Daly have stepped aside after four productive years at the helm in Carrickmore in the wake of their recent senior championship final defeat to Errigal Ciaran. They’ve left the team in a good place, and backroom member Stephen ‘Archie’ Beattie has now assumed the mantle at Carmen.

At Trillick, Nigel Seaney has stepped down after almost a decade at the coalface. It’s been a golden period for the club during that time-frame, winning two senior championship titles, and he signed off his tenure with last month’s Division One success.

Errigal Ciaran will also look ahead to the new season after clinching the O’Neill Cup for the first time in a decade, and it’s expected that Mark Harte and Adrian O’Donnell will commit for a third year at the helm.

Ryan McMenamin and Paul McIver will return for a second year leading the line at Dromore, while Larry Strain is also set to return at Omagh, St Enda’s.

It’s anticipated that Christopher Rafferty will be back on board at Dungannon Clarkes, while Sean Teague will once again lead his native Greencastle.

Former Monaghan minor boss Mark Counihan will manage Donaghmore in 2023, succeeding Greencastle’s Barry Tracey. Counihan led the Monaghan minors to the Ulster title in 2019 and they made the decider again under his watch in 2020. Michael Hassan will remain in charge of Moortown, who successfully stayed afloat in Division One, while it looks like Gavin Devlin will assume the reins at his home club Ardboe in 2023. 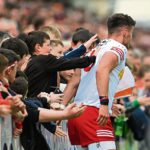 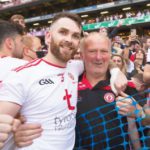 Tyrone legend John Lynch gives his take on the All-Stars