A PLACE in the Ulster Intermediate final is the big prize on offer for the Carrickmore hurlers when they take on Middletown of Armagh in the provincial semi-final this Saturday at the Athletic Grounds.

It will be a case of working to maintain the momentum of their marvellous opening round win over Lisbellaw for the Eire Ogs. Their extra-time victory in that one came after a last-gasp goal prevented them from exiting the competition with just seconds remaining of normal time.

Now they face a team that they’ll have met on numerous occasions in the Armagh League during recent years. Suffice to say, then, that both clubs will be under no illusions about the task facing them as they bid to reach the decider.

Oran McKee was a key player for the Eire Ogs in their defence against Lisbellaw and in the Tyrone Championship. He’s understandably looking forward to this weekend’s tie.

“Since being involved with the seniors, I’ve played against Middletown on a number of occasions,” he said.

“Both themselves and Eoghan Rua of Coleraine, who met in the first round, are really good teams. But our focus was on Lisbellaw and it’s only in the past few days that we’ve got the chance to really knuckle down and look to this semi-final.

“The Ulster Club is definitely a big target for us and one which we’d be pushing towards. But there’s a lot of tough teams in the competition, so you can’t be taking anything for granted.

“I suppose we’ll just be looking forward to this semi-final, take things one step at a time and hopefully we can get over the semi-final and into the final.”

Both Carrickmore and Dungannon have enjoyed mixed fortunes in the Ulster Intermediate Championship for the past decade and longer. The Eoghan Ruadh side came closest to winning when they reached the final in 2019, only to lose out in penalties to Naomh Eanna of Belfast.

Now Carrickmore have the chance to emulate them and perhaps go one better. Under the management of Cormac Donnelly, they captured the Tyrone title in style and following that up with the win over Lisbellaw a few weeks ago.

The win over the Fermanagh side was hard-fought and it’s one that McKee believes will stand to them as they prepare for this provincial battle.

“Our win over Lisbellaw was very important because we’ve worked very hard to right the wrongs of last year,” he said.

“It was the first stepping stone and the aim has been definitely to push on from that and try and make progress in the Ulster Club.

“There were a lot of preparations ahead of the Lisbellaw game. We knew how good they were, they gave us a bad defeat last year, so to turn the tables on them was great, especially because they were on top for long stages of the match.

“Last year against them we probably panicked a bit early and began going for goals when we were down.

“I think the team has improved this year, we keep going and it’s about keeping that consistency going now.” 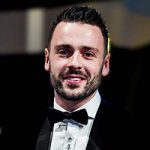 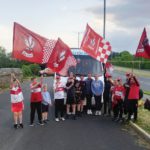