Darren McCurry: 2-22 (15f)
McCurry, as expected, topped the scoring charts for Tyrone during the National League. His expertly taken goals against Kildare and Kerry were crucial in helping the Red Hands get over the line and secure their Division One status for another season. The Edendork sharpshooter saved his best performance for last as he led the Kingdom’s defence a merry dance to finish with 1-7 (5f) as Tyrone toppled Jack O’Connor’s men one again one the final day.

Cathal McShane: 0-11 (9f)
McShane still hasn’t got back to the level of performance that earned him an All-Star award back in 2019 and Tyrone fans will hope he can find his best form during the championship. The big full-forward played a crucial role in helping the Red Hands land the ultimate prize last season and his biggest scoring display in the league came in their round two defeat to Armagh when he landed 0-7, all from placed balls.

Niall Sludden: 0-6
Sludden split the posts in four of his outings this season, raising white flags against Monaghan, Armagh, Dublin and Kerry. He nailed 0-2 in both the first and last games of the season to help Tyrone pick up important points on the road. Sludden is a vital cog in the Red Hand machine and his work ethic allows him to stand out, but he’s a great man for getting on the scoresheet as well as he demonstrated last season.

Peter Harte: 0-5
Harte is still the main man in the red and white and like a fine wine, the Errigal Ciaran genius is only getting better with age. His move to the half-back line last season brought more freedom to his role and Harte has one of the best left boots in the business. He came to life when Tyrone were fighting for theirs, hitting 0-3 against Mayo and 0-1 versus Kerry in the final two rounds as Tyrone finished the league with a flurry.

Darragh Canavan: 0-5
Played in a few different positions for Tyrone this season and showed his versatility when being trusted with the play-making job. He excelled, as you would expect, and his assist for Darren McCurry’s goal against Kerry will sure make the highlight reels for 2022. Canavan struck 0-5 during the league, all but one coming from opening play and recorded points against Armagh, Donegal, Mayo (0-2) and Kerry.

Conn Kilpatrick: 1-2
The big midfielder rattled the net against Kildare in what proved to be a vital goal as it helped Tyrone earn their first two points of the campaign. Kilpatrick backed it up with another score the next day out when he raised his first white flag of the league and also got his name on the scoresheet on the final day of the season, against Kerry. He’s slotted in brilliantly to the centre of the park and is becoming a real threat bombing forward as well. 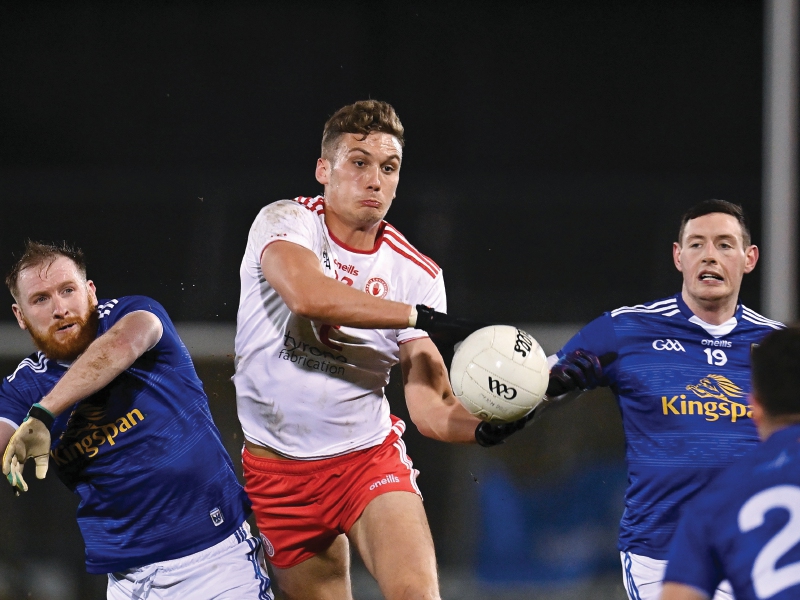 KING CONN…Conn Kilpatrick is getting better and better

Richie Donnelly: 0-4
Donnelly’s best performance probably came off the bench when he impressed after entering the fray against the Dubs in round five. Things were going horribly wrong for Tyrone, who eventually lost by five, as Dublin looked to have finally turned their season around. Richie Donnelly fought bravely to turn the tide, knocking over 0-2 during the second half, but it wasn’t enough for Tyrone to get something from the game. The Trillick man also scored during his appearances against Kildare and Donegal.

Niall Morgan: 0-3
Morgan is currently battling it out with Rory Beggan for the best number one in the country and while that debate will rumble well into the summer, there’s no denying Morgan is one of the best in the business. The Edendork man is as solid as they come and has added a roaming role to the keeper position that is unmatched outside of the Monaghan netminder. Morgan slotted over scores against Monaghan, Kildare and Kerry.

Michael McKernan: 0-3
Better known as a tigerish, tight-marking corner back, McKernan can play a bit of ball as well. Like the rest of his full-back line colleagues, McKernan has no problem in helping out the Tyrone attacking unit. He burst forward to score against Armagh during a first half when Tyrone were second best all over the field. McKernan also got on the scoresheet in Ballybofey with 0-2 as the Red Hands were on top in the opening half.

Kieran McGeary: 0-3
The 2021 Player of the Year didn’t have a stellar league campaign and Tyrone fans will hope he’s back to his best for the beginning of the Ulster Championship. McGeary can line out anywhere in the middle eight for Fergal Logan and Brian Dooher and as he displayed last season, is well fit to kick a score. McGeary fired over a point against Armagh in round two before registering 0-2 in the final round against Kerry. 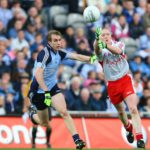 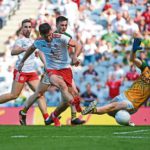 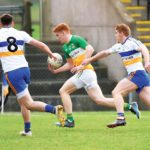