CLONOE have had a tough time of it this season, finishing in the relegation play-off zone, but they showed commendable character in their first-round win over Moortown. Donaghmore were also forced to dig deep as they battled past Greencastle after extra-time. There seems to be a bit of a kick in Clonoe so we’ll go for them.

CARRICKMORE produced one of the performances of the first round with a rout of last year’s beaten finalists Coalisland. It was a huge performance from Carmen, and they’re a really pace team who mix up their game well. Loughmacrory have made massive strides in the last few years, are very very hard to beat, but Carrickmore are favourites to grind this one out.

OMAGH have a few big names missing, but they produced a rather steely performance in the first-round to get the better of Ardboe. Holders Dromore showed they’re up for defending their title with an impressive win over Killyclogher, and they’ll be hoping to welcome Niall Sludden back from a hamstring strain. It should be a good contest but we fancy Dromore to nick it.

WHAT a clash this promises to be. The draw has conjured up memories of that famous semi-final clash two years ago, which Dungannon won thanks to a late Ciaran Barker free in extra-time. Dungannon looked very solid against Trillick, albeit it took them 20 minutes to get going. Errigal also took a long time to get into the game against the Moy, though Ruairi Canavan made a major impact when introduced at half-time. The question is whether Errigal have the physicalityh to overcome a powerful Dungannon team.

MANAGED by Paddy Crozier and Joe McMahon, Galbally scored six goals in an eye-catching win over Tattyreagh last Sunday. They’ve been one of the favourites for the title from the outset, have welcomed former Tyrone player Daniel Kerr back from injury, and they’re only 60 minutes away from a place in the final. Their neighbours Killeeshil have shown a lot of character en route to the final, coming from behind against both Cookstown and Owen Roes. Their manager Stephen McHugh has won titles with Tattyreagh but you’d still have to make Galbally favourites for this one.

EDENDORK are bidding for their second Intermediate title in three years and have qualified for the semi-finals without much fuss. They have three All-Stars in their ranks, while big midfielder Harry Og Conlan was exceptional in their quarter-final win over Beragh. Eglish were unimpressive on their opening day out against Clogher, but they lifted it a few gears at the weekend against the Rock with AFL-bound Conor McKenna racking up 1-9 in windy conditions. A tough one to call but Edendork have a bit more championship pedigree in recent times.

STEWARTSTOWN are unbeaten all season but they survived a major scare against underdogs Drumquin at the weekend. Maybe that’ll be a necessary wake-up call ahead of a very tough looking semi-final against Strabane, who are also in a rich vein of form. Strabane may be the more motivated, as unlike Stewartstown, they are yet to archive promotion this year.

AGHALOO have had a fine campaign, steadying the ship after the disappointment of last year’s relegation. They have considerable attacking talent up front and are strong favourites to advance to the final. Derrytresk have done very well indeed to reach the semi-finals, claiming gritty wins over Clann na nGael and Augher, but it’ll be a big upset if they win this one. 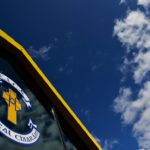 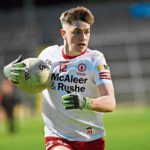 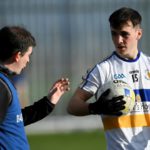