KILLYCLOGHER haven’t exactly been handed the cushiest draw in the world as they finalise their preparations for Friday night’s block-buster clash against defending champions Dromore, but their joint-captain Mark Bradley wouldn’t have it any other way.

Tyrone are the only remaining county in Ulster to opt for a traditional knock-out in the club championships, and while it leaves no room whatsoever for even the most formidable teams in the county, Bradley genuinely hopes that remains the case for the foreseeable future.

Bradley, who has been in flying form for a Killyclogher side who recently booked their spot in the Division One final, said: “I can’t imagine it any other way really, the way the Tyrone championship is set up is the pinnacle.

“There’s so many spectators coming from other counties to see those knock-out games. If there were group stages, you mightn’t have the same appeal as there isn’t as much at stake. For me, knock-out is the best possible format we could have.”

It’s fair to say that Killyclogher stood at a crossroads after they were trounced by Trillick at last year’s quarter-final stage. It was one of the most forgettable outings in the club’s recent history, but they installed a new manager (Kieran Howe) and talented younger players like Michael Rafferty, Oisin McCann and Gavin Potter have had very promising league campaigns.

Joint-captains Bradley and Tiernan McCann seem to have benefited from a run of games after dropping out of the Tyrone panel earlier in the season, while experienced players like Emmett McFadden, Danny Gorman and Gabhan Sludden have held fort at the back.

So things have stabilised in a relatively short time-frame and Friday night’s clash against Dromore is a massively appetising prospect from a neutral perspective.

Bradley said: “It was really disappointing to get beaten by such a margin against Trillick and it was probably the first time I’ve been involved in something like that.

“If you’re not on your game in the championship, you’ll get shown up, and that was a prime example of that happening. A very good Trillick side basically dismantled us.

“The younger boys coming in have helped a lot, they’ve experience of winning championships and they’ve given a new lease of life to the older boys as well.

“You need a squad – if you come in the championship and pick up a few injuries it can be difficult if you don’t have the players waiting on the bench to come in.”

Reigning champions Dromore were hit by injuries in the early part of their league campaign but the return of Emmett McNabb and Ryan McCusker is a significant boost ahead of the championship. Defending the O’Neill Cup is an exceptionally difficult proposition but Dromore will want to buck the trend.

Bradley commented: “They’re a formidable side and they’re champions for a reason. You saw the quality of their forwards last year and they’ve an equally solid defence. When teams are going well you sometimes don’t hear a lot from them, and we’re under no illusions we’ll be in for a serious battle to get over the first game of the championship.”

“The years don’t be long flying in. Sometimes I’ll pass comments that it doesn’t seem that long ago that I was trying to break into the senior team and now I’m one of the older ones. It does go by in the blink of an eye so it’s all about making the most of things.”

It’s also been evident from his starring performances during the league that Bradley is just as sharp as ever. He decided to leave the Tyrone panel earlier this year but his performance levels haven’t dropped by even an iota.

“We’ve very good competition in the squad so you’re pushed hard every night. Otherwise you become stale. I’m not doing anything different than I normally do. I had a bit of spare time during the summer as I’m a teacher and that’s it really.” 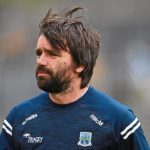 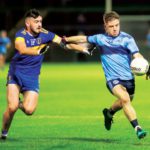 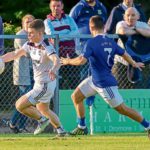