The Tyrone Senior Championship gets underway in a week’s time and we take a look at a handful off the players who are likely to make an impact in the battle for the O’Neill Cup.

Darragh Canavan (Errigal Ciaran)
CANAVAN has been in scintillating attacking form for Errigal Ciaran during their league campaign. He’s scored heavily on a consistent basis, his playmaking has been typically assured, and most importantly of all he is in tip top condition after struggling with injury on-and-off in recent years. A delight to watch and he formed a deadly attacking partnership with his younger brother Ruairi in last year’s championship until it all came undone against Coalisland.

Mark Bradley (Killyclogher)
BRADLEY has been one of the best players in the club circuit in Tyrone for years now, and going by his current performances for Killyclogher, he’s just as good as ever.

He delivered some brilliant attacking displays throughout the league – at times it seemed like he wasn’t even capable of hitting a wide. Still only in his late twenties, he captains the side alongside Tiarnan McCann, and they could be in for a great championship if they get past reigning champions Dromore in the first round.

Danny Fullerton (Carrickmore)
ONE of an emerging crop of talented younger players in Carrickmore, Fullerton was far and away their top scorer in their Division One campaign.

Composed beyond his years, he scored five goals during the league and links up well with more experienced players up front like Martin Penrose and Mark Donnelly. Carmen haven’t won the O’Neill Cup in 17 years, a famine by their standards, but they’ve won plenty at youth level so it’ll be interesting to see how they get on.

Ruairi McHugh (Coalisland)
IT’S hard to overstate just how much potential this young fella has. McHugh partnered Michael McGleenan on the all-conquering Tyrone U-20 team this year and it would be no surprise if it isn’t long before he’s recruited by Feargal Logan and Brian Dooher.

Standing 6’4” tall, his physical conditioning is scary and he’s the heir apparent to Plunkett Kane (who’s still playing away, let’s not forget) at Coalisland.

Peter Teague (Dromore)
TEAGUE was one of the main reasons why Dromore came out on top of last year’s senior championship. He produced a number of brilliant performances en route to the final (notably, he blotted out Conor McKenna in their quarter-final showdown against Eglish). His free-taking was also impeccable, and while he’s still only young, he has brilliant leadership qualities. Defending their title won’t be easy but there’s no doubting that Dromore are blessed with talented and determined players. 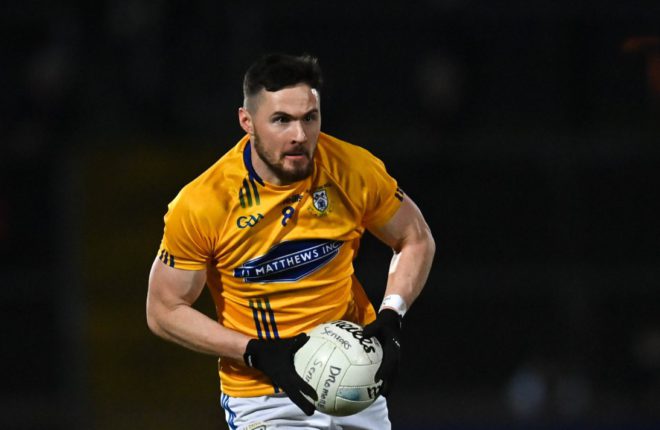 CHAMPIONS…Peter Teague and Dromore put their tite on the line

Mattie Donnelly (Trillick)
AN obvious pick? Maybe, but it’s worth flagging up that the Tyrone stalwart has returned to full fitness and played a major part in their league semi-final win over Carrickmore at the weekend. It may be a cliché but Donnelly always gives 100 percent to the cause and is still going strong after enduring a terrible time of it with various injuries in the last few years. Trillick are one of the favourites for the championship and Donnelly is arguably the beating heart of the side.

Ronan O’Neill (Omagh)
ANOTHER high-profile selection but O’Neill is Omagh St Enda’s captain for good reason. The former Tyrone forward is in the best shape of his career and more than played his part in a solid Division One campaign. Finished as the top scorer in Division One last season.

Omagh St Enda’s have struggled in the championship in the last couple of years but they’ll quietly fancy their chances of getting the better of Ardboe in the first-round in what looks like a delicately balanced contest.

Paul Donaghy (Dungannon)
TYRONE’S loss is Dungannon’s gain? It seems like a fair enough assessment in light of Donaghy’s starring contributions at club level this season.

A gifted forward, Donaghy was one of the players of the championship as they claimed the O’Neill Cup two years ago. The only question mark has been over his temperament – he was sometimes dispossessed too easily while playing for Tyrone – but when he’s on his game, he’s incredibly hard to stop. 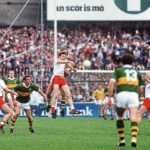