DROMORE’S young guns will have taken tremendous heart from their sensational first-round victory over Omagh, but Sean O’Neill is experienced enough to know that one swallow doesn’t make a summer.

It was undeniably a coming-of-age performance from a Dromore team which had failed to win a championship match of any hue since 2016; a victory just as sweet for been-there, done-that types like Sean O’Neill and Eoin McCusker as it was for youngsters like Emmett McNabb and Peter Teague.

Once the initial euphoria subsided, they’ll have realised that their 3-15 to 2-13 victory after extra-time was by no means the perfect performance, however, as they get ready to go again in Sunday’s quarter-final contest with Errigal Ciaran.

“There’s no denying or disguising it, the Dromore team has undergone a major transition. There’s a lot of u-21s – fantastic lads who have really put their shoulders to the wheel – who have matured over the last year. Young men like Peter Teague and Ryan McCusker were total leaders on the pitch for us.

“We’ve taken some beatings but you either learn from the experience or you don’t. Maybe it was a coming-of-age performance for us but it was only one result and there’s serious hurdles coming down the line.”

Reigning Division One champions Dromore actually beat Errigal in last year’s league final, but they know only too well that the championship is a different animal entirely.

O’Neill is one of a handful of survivors from the Dromore team that won the senior championship in 2007, 2009 and 2011, and while he has a bagful of league medals, he’d probably swap the lot for another championship triumph.

“League games are about getting yourself right, but the championship is result-driven – you need to get the result no matter what. The match against Omagh proved that – there was serious talent on the pitch, there were five goals, there were comebacks. It was a serious game and we were just happy to get the result.”

While Dromore manager Collie McCullagh will set his team up to curtail a free-scoring Errigal Ciaran, the Omagh game showed that all the best-laid plans can quickly unravel on the big day. St Enda’s carved Dromore open for an early goal, but they regrouped and showed great character to get the win in extra-time.

More of the same will be needed on Sunday, and both teams will be conscious that championship favourites Trillick and Coalisland are on the other side of the draw.

O’Neill commented: “Championship games take on a life of their own. You try to maintain a structure as best you can, but an injury or an early goal changes things, It was good to hold tight to the very end.

“It must’ve been great to watch from a neutral perspective, Andrew McGrath was very composed in getting his goal and young Ronan McNabb was absolutely fantastic and set up two goals. We’d missed chances early on but we finished strongly.”

The Rock can put

it up to Edendork

THIS is a big local derby, but really it’s all about reaching the semi-finals of the championship. Tattyreagh have the pedigree, but Beragh have made considerable improvements in the last few years and will be relieved to come through a tight contest against Augher in the first-round. The likes of Oisin Donnelly and Ben McSorley are in good form, but Tattyreagh have players who have what it takes to win big championship games. It’ll be close anyway.

AGHALOO will have taken tremendous heart from their victory over Aghyaran at the weekend, while Greencastle are coming into form at the right time after having a poor run of results in the league. Aghaloo have some of the best forwards in the Intermediate ranks, but Greencastle are a battle-hardened experienced outfit. The battle on the line will be interesting as well as Mickey Donnelly pits his wits against Sean Teague.

EDENDORK are favourites for the championship – and for good reason. As well as top county men like Niall Morgan and Darren McCurry, they’ve been boosted by the return of other key men, like Harry Og Conlon who kicked three points in their one-sided win over Clogher at the weekend. Last year’s Junior Champions Rock are always difficult to beat when in the mood, and were excellent in defence against Stewartstown. Edendork still have the firepower to prevail, but it could be a dogged battle.

GORTIN showed great spirit and energy to finish strongly in extra-time against Owen Roes at the weekend. Ruairi Keenan dominated the skies, and Sean Og McAleer is one of the best young players in Tyrone. Eglish, meanwhile, are a solid team with some top young players of their own like Matthew McGleenan and Ethan Jordan. They dominated Division Two in 2018, but failed to make their mark in the championship. This year could be different.

This is a repeat of the 2015 final, and although Trillick won that particular game, and are the reigning champions, it’s Killyclogher who are in better form at the minute. Their county players and veteran defenders are in great form, but you’d expect a kick from Trillick after their fairly average performance against Galbally in the first-round.

DERRYLAUGHAN clinched their first senior championship victory in donkeys when they edged the Moy in the first-round, but you’d expect that Saturday’s game against Na Fianna will be the end of the road for them. Coalisland are strong all over the pitch and have the air of champions-in-waiting. They were full value for their victory over rivals Clonoe in the first-round and really should’ve won by more. Could be a long afternoon for Derrylaughan.

ARDBOE are the bigger name, but this is a very tough one to call. Dungannon have bedded nicely into Division One football and got an important championship victory under their belts against Loughmacrory in the first-round. Ardboe have some top players like Kyle Coney and Shay McGuigan, but Dungannon have the sheer power to spring a minor upset. 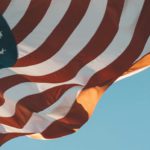 SPONSORED: Holiday of a lifetime