On Saturday Tyrone’s James Donaghy and Monaghan’s Ronan Boyle were the only two Ulster representatives  from this year’s Electric Ireland Minor Football Championship to be recognised in Croke Park for their fantastic performances on the field of play. With just two Ulster players on this year’s selection we take a rundown of their journeys to the Electric Ireland GAA Minor Football Team of the Year (TOTY). 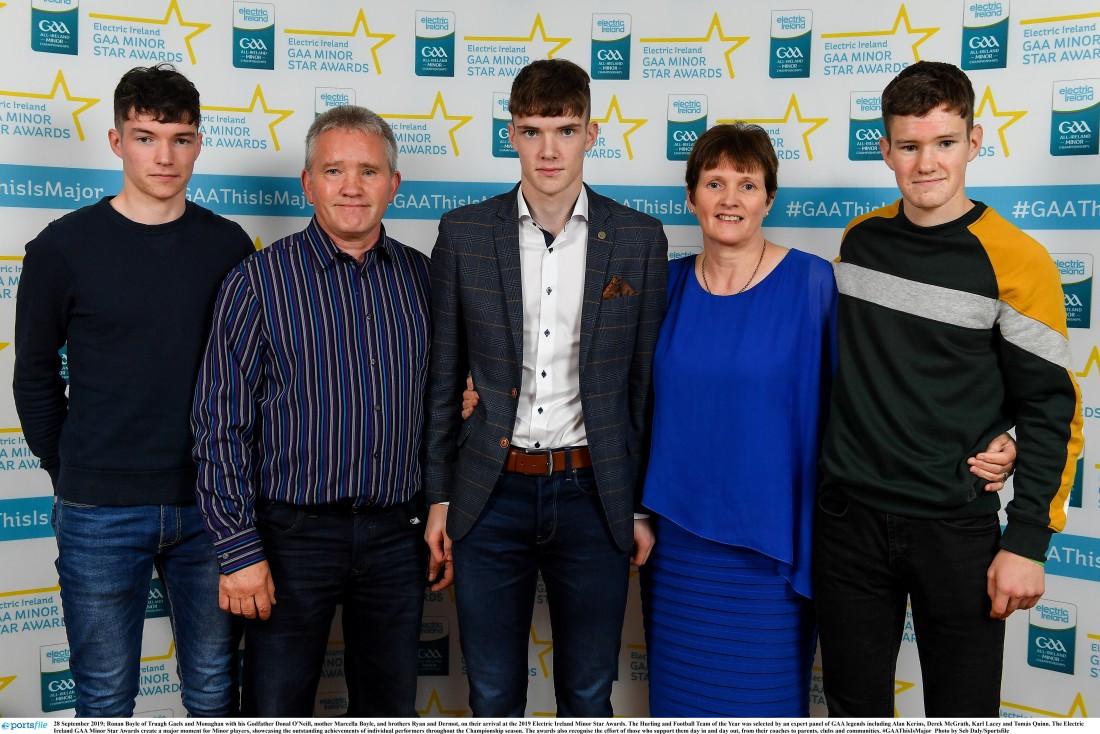 Monaghan’s Ronan Boyle with his family

Interestingly these two players played against each other twice in the Ulster Championship and so were well acquainted with one another’s ability long before they caught the eye of the expert judging panel.

In the opening game, Ronan Boyle (who was selected at left corner back for the Electric Ireland GAA Minor Football Team of the Year TOTY) was the leader in a defence that kept a clean sheet against a very talented Tyrone team, helping steer them to a four point win that day, 3-08 to Tyrone’s 0-13.

From that moment, both players have been exceptional and James Donaghy impressed throughout his teams effort to rebuild after that early defeat.

His rampaging style from half back (where he was selected for the Electric Ireland GAA Minor Football Team of the Year TOTY) often left his opposite marker on the back foot as Tyrone began knocking aside all the other teams in Ulster and making their way to this year’s provincial final on the 14th July and to another meeting with old rivals Monaghan.

The final was an exhibition in Minor footballing talent and both players were on hand again to show their mettle.

James had a terrific game roaming forward and playing the decisive pass for 1-02 of Tyrone’s 1-11 while Ronan made not one but two marvellous blocks in front of a huge crowd at the Armagh Athletic Grounds to ensure Monaghan came out on top again 1-13 to 1-11 and were crowned Ulster Champions. 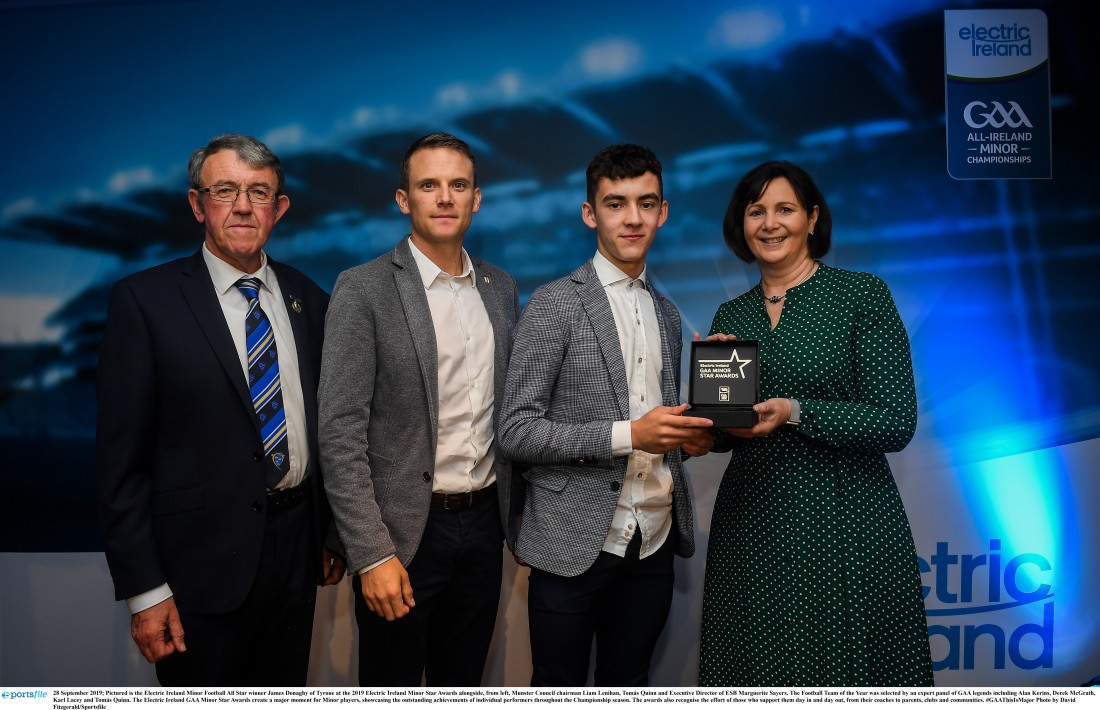 Though the Quarter Finals saw both Ulster teams lose narrowly to Cork and Kerry respectively, the two players had done enough to impress the expert judging panel to earn a place on the 2019 Electric Ireland GAA Minor Football Team of the Year.

This is a major accomplishment for the two Minors and is a recognition of the remarkable effort they put in at this level. On average, the two players were training for 7 hours a week for the last 8 months on top of their school, family and social lives.

Their admission into the Electric Ireland Minor Star Awards means the two Ulster players are now in prestigious company along with the likes of Kerry’s David Clifford who was selected in 2017.