DERRY football is going in a remarkable new direction. That’s the opinion of the guests on this weekend’s episode of Take Your Points.

Former Tyrone player Jody Gormley and Gaelic Life columnist Cahal Carvill agreed that one of the surprises from the three rounds of the National League was the performance of Derry who have been putting up huge scores.

Gormley, who admitted that he’s no massive fan of the Oak Leaf county, said that the spread of good players that Derry have at their disposal is remarkable. He pointed out that the likes of Shane McGuigan, Conor Glass and Emmett Bradley are just a few of the men who have put Derry in the position where they are on the brink of winning the Division Three title.

Gormley and Carvill are on the show this week to discuss the National League in general. As well as the form of Derry, they look at how Tyrone have performed so far this year and Gormley said that he expects Feargal Logan and Brian Dooher to have a good tenure with the Red Hand county even though they are replacing a formidable man in Mickey Harte.

Gormley and Carvill also point out that Armagh have some issues to address, but they agreed that injuries have hampered the Orchard county.

One of the topics that is also discussed on the show is the development of attacking football in the GAA. The two men pointed out that while scores have been on the rise, and teams have been playing with abandon, it is too early to suggest that the defensive elements of the game are going to disappear. They said that once the Championship arrives, and there is more at stake, teams will revert to type.

Gormley, who is a teacher at the Abbey, also said that he thinks that the lockdown restrictions have been tough on schoolchildren. He says he’s noted a lift in mood in the children who have got back onto the playing field. He also questions whether the restrictions were right to be implemented in the first place.

Watch or listen the show below through links to Soundcloud and You Tube. 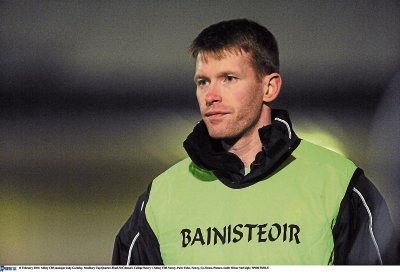