“IT’S a rebuilding process,” says Strabane hurling secretary Chris McDaid as the club are targeting underage growth which they hope will blossom into a senior team in the near future.

“After Covid, we got support from the council and we launched a return to hurling programme indoors back in September, so it’s been all underage.

“Our leading light now is our u-15 squad so the hope is that we can take them through to adult hurling.

“There weren’t the numbers there to sustain a senior team. We just didn’t have the numbers to support it, it wasn’t fair holding those guys back, so they moved on looking for a fresh challenge and we went back to the drawing board with youth.”

McDaid isn’t on his own and has a number of helping hands devoted to promoting the game of hurling. 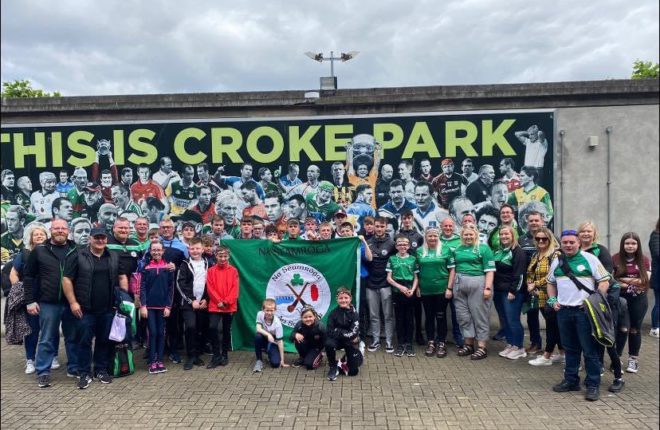 “Thankfully we have a core of 10 or 12 guys that have come back into the fold, there’s been a number of guys in Strabane that have been fighting the good fight.

“Andrew Kelly was the secretary of the club there for five years and he stepped down because he was probably exhausted. Gary McGettigan is another man who has been doing it for 20-plus years, he still jumps in and out and tries to support us.

“We’re trying to bring parents along with us and get them involved in the sessions.

“There’s always been that sense in Strabane that hurling’s a very dangerous game, it’s our national sport but I always feel that people are reluctant to play it because they see it as a risk.

“There’s kind of that false narrative that exists around hurling that everyone is afraid to send their kids along. It’s growing in terms of momentum but what we’re lacking is maybe support from the county board in terms of coaches.

“The local football club have been a huge help and the goal is to get as many young people playing hurling as possible.

“We have the support of the football club and we’re trying to re-establish relationships with them since the beginning of the year and it’s going quite well.

“They’re making accommodations for us using the field and allowances in terms of costs and everything else. The hope for me is that we get more dual participation, we get kids involved at an earlier age and there’s an acceptance that we play both codes.

“The next five or ten years we would hope to have senior hurling back in Strabane again and take those u-15s that are there now right through to senior hurling.

“The vision is senior hurling again and to get as many youth teams as we can on the field.”