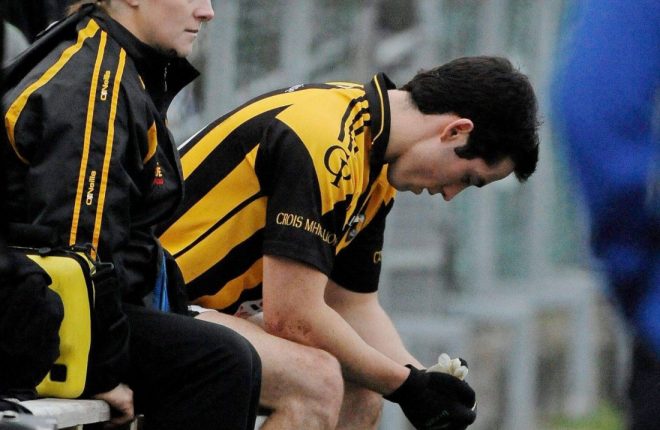 Crossmaglen will not win their 44th this season, following their defeat to St Pat’s Cullyhanna on Sunday night.

The Rangers had appeared to be on course to reach yet another final, and a possible 20th title in 21 years, until Malachy Mackin popped up to fist a goal in injury time to secure a stunning victory.

Cullyhanna showed tremendous heart throughout the game, and while they had been trailing by 0-8 to 0-12 at half time, they kept on battling.

Crossmaglen’s Garvan Carragher had been sent off mid way through the second half, but Cross looked to have survived that spell as Rian O’Neill kicked them two points ahead in the third minute of injury time.

But the game wasn’t over, as Cross suffered a shock late goal from Mackin.

The importance of this result was indicated by the reaction on Twitter, as fans from across Ireland expressed their surprise at the defeat, while others applauded Cullyhanna for their stirring win.

Never mind the Ryder Cup, Crossmaglen are out of the Armagh championship! #seismic https://t.co/TcuCPMJCoL

Crossmaglen out of the Armagh championship. The real sporting story of the weekend

The mighty Crossmaglen Rangers have lost their 2nd Armagh Championship game in 20 years today losing to Cullyhanna by a point.

@wardscrove @KilcarGAA Crossmaglen beaten so you might be on to something…

Where would be the biggest party tonight? Cullyhanna or Dublin??