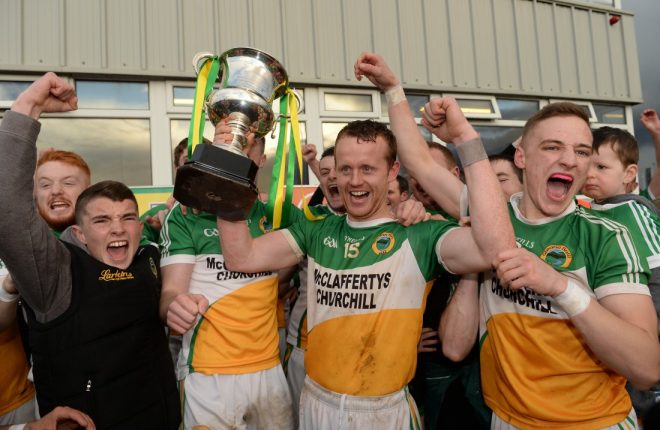 Yesterday Glenswilly proved that experience is so important in finals, as they upset the odds to beat Kilcar 1-10 to 0-12 in the Donegal Senior Football Championship decider.

Kilcar were big favourites to win the final, and were actually second favourites to go on and win the Ulster Club Championship, however Glenswilly’s defensive gameplan completely nullified their opponents.

Glenswilly have had a difficult season, their league campaign has been terrible, limited by injuries and absentees. But they yet again proved their championship credentials as they have now won three of the last six titles.

Michael Murphy’s first half goal was crucial in the victory, Kilcar tried to keep him out of the game but the county star still managed to score 1-5.

Kilcar were wasteful in front of goal too, and missed five chances to tie the game up, including a last gasp free from Paddy McBrearty which dropped short.

Twitter reacted with surprise and praise at the result.

Hard luck lads things just did not go our way today you have done us proud all season & thanks to the massive support from our fans today.

Lot of talk of Kilcar winning Ulster! Never write off any team with Michael Murphy on it! https://t.co/Nv6b0nKVAd

So all the talk about this great Kilcar team and they still couldn’t beat Glenswilly. #DonegalSFC

Glenswilly are tough!! Does this mean we are kinda county champions as well seen as Ardara beat them!! #hardyballers