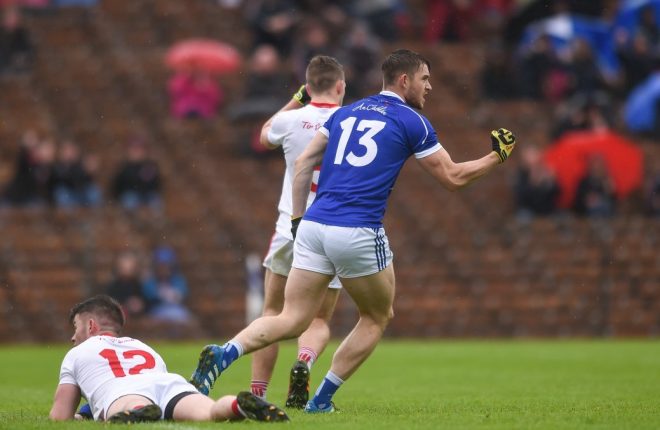 David Givney’s goals were crucial as Cavan drew with Tyrone

For long periods in the game, Tyrone were dominant, while Cavan’s forwards were isolated and ineffectual.

The Red Hands looked as though they were going to win, as they were leading by three in injury time. However, Cavan showed their incredible resolve when David Givney palmed a ball to the net.

Tyrone had a couple of chances to get the winner, but those efforts flew wide and now the two team will meet each other again on July 3.

There was a mix of reaction on Twitter. Many of the Cavan fans were delighted with their team’s performance though they were disappointed that Givney didn’t win the man of the match award. While the Tyrone supporters were frustrated that their team didn’t kill the game off, everyone was in agreement that the Ulster Championship had witnessed the best game of the year.

The question is, will Tyrone come back stronger and make certain of the result second time around? Some fans reckon that Tyrone were way off their best and it will be a different story next day out.

The winners play Carlow six days after the replay.

Would have expected David Givney to get Man of the Match. He was brilliant today. #GAA #SundayGame

Cavan’s forwards need to start looping around their full-forwards when they win possession. Givney is too isolated up there.

Tyrone not at their best today but they will be very dangerous come August in Croker. These games will bring them on. #GAA

Tyrone hadn’t conceded a championship goal for seven and a half games. Leaked three today.