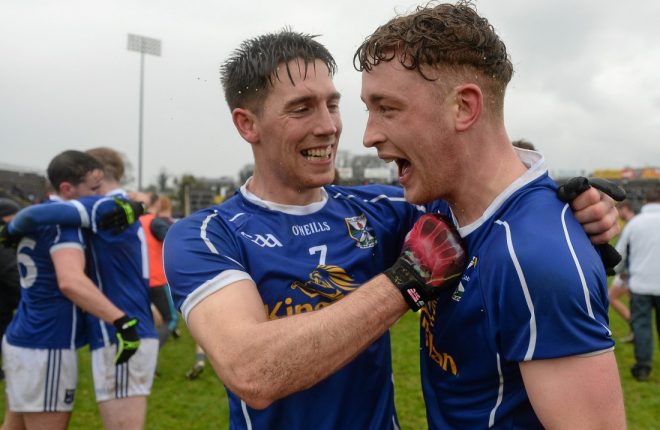 Cavan enjoyed an incredible result yesterday when they beat Galway by 1-16 to 1-12 to earn promotion to division one.

Terry Hyland has managed to return the county to the top flight of league football for the first time since 1997.

Cavan fans don’t need to be reminded of the importance of 1997, as that year was the last time that the Breffni county won the Ulster Championship.

Cavan have shown great progress in the past number of years. They won four u-21 championships in a row between 2011 and 2014 and many of those players have moved on to play senior football.

Last year they maintained their division two status winning three games and drawing one. This year, they won five and lost two to finish in second place behind Tyrone.

It was a huge result for the county and one that make it seem that they are on the brink of big things.

And to make the day even better for the county their ladies won too.

The Cavan fans now get to look forward to clashing with Monaghan in the top tier next year.

There was an outpouring of praise for the county team on Twitter yesterday, as well as some begrudgery from their neighbours:

With Cavan getting promoted, that was nearly the darkest day in @monaghangaa history. Now we can pretend to welcome them to Division 1.

Cavan-Monaghan in Division One next year will be mighty craic. #skelping

To be honest, it’s hard to see Cavan not winning Division One next year.

A fantastic day to be from Cavan. Great performance from @CavanCoBoardGaa on such a bad day. Dominant and controlled throughout. #veryproud

@CavanCoBoardGaa Speak of the day from KBP. “Gearoid McKiernan is like a young wan at a Disco – You could look at him all day”