WHEN Ramor United last entered the Ulster Club scene back in 2016, their teamsheet contained eight u-21 players, and for manager Ray Cole the hope is that those players have picked up valuable experience in the five years since as they prepare for Saturday’s Ulster Club quarter-final with Kilcoo at Kingspan Breffni.

Michael McDermott’s side lost out narrowly to Armagh champions Maghery half a decade ago, and Cole knows that the side will have to be at their very best to prevent another defeat at the hands of a side who have been regulars on this scene over the last decade.

Indeed, a Saturday evening game under lights at Kingspan Breffni will spark memories of last year’s All-Ireland semi-final when the Magpies defeated Ballyboden to qualify for the Croke Park final where they lost to Corofin by a point after extra-time.

Still, Ramor have plenty to be confident about, especially after a fine replay win over Gowna in the Cavan final.

“It was great to play in 2016 and great to be back again, that’s where you want to be every year – representing your club in Ulster,” said Cole, who played corner-back in 1992 when they lost by a point in the quarter-final to eventual provincial champions Lavey.

“The lads have played a lot of schools’ football and underage at different levels, but it’s never as good as playing senior.”

The last time Kilcoo played Cavan opposition was back in 2015 when they destroyed Kingscourt at Breffni.

With that in mind, a good start is crucial for Ramor, and the way they started against Gowna in the county final replay will give them hope they can achieve that with the brilliant James Brady setting them on their way with a goal.

“We were 1-3 up to no score and that was a massive help. It was a good cushion to have,” Cole said.

“It meant that they had to come out and play football too and we were able to hit them on the break when we did need a score.

“The lads were unbelievable and have been all year. They’ve done everything we’ve asked of them and you couldn’t ask for more.

“This game is going to be massive for the club and for the players. Everyone is looking forward to it.

“Kilcoo won Ulster (2019) and went on and got to the All-Ireland final and just didn’t get over the line that day. I’d say they have one eye on taking that final step this year.

“It’s brilliant to have them at Breffni and I’m just really looking forward to it.”

Cole has said that his side have no injury concerns heading into the quarter-final tie this weekend. 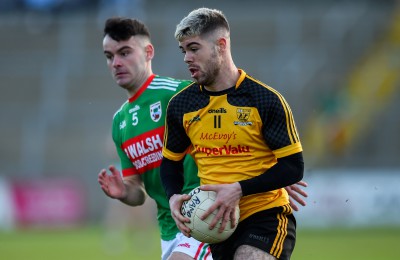