THE provincial competitions are no longer useful in their current format.

That was the conclusion that the guests on this week’s episode of Take Your Points reached.

Former Armagh footballer Charlie Vernon joined Ronan Scott to discuss this year’s Ulster Championship as well as discuss the recent news that the GAA are looking to revamp the championship structure.

His sentiments were similar to those of his fellow countyman, Gaelic Life columnist Cahal Carvill. He welcomed any effort to look into a new format for the championship.

As well as any future changes to the championship the men also discussed the current state of play in the Ulster Football championship. They both felt that Tyrone and Donegal would prevail this weekend but they also said that this was the year that the Orchard County had to deliver on their potential.

Watch the show on NVTV this weekend (channel 7 freeview, channel 159).

Or watch now on You Tube below, or listen via Soundcloud (link below). 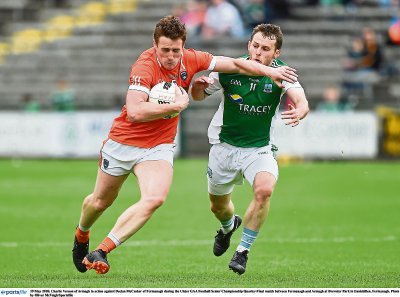