FOR all the intrigue, backstories and possibilities surrounding Sunday’s highly-anticipated Ulster Club semi-final at the Athletic Grounds, there is one major thing bothering Glen manager Malachy O’Rourke – how to stop an “intercounty standard” Kilcoo attack.

The Fermanagh native has always kept a curious glance on bits and bobs around the rest of Ulster. It wouldn’t be unusual to see him pop up at a random club championship game in Armagh while he has travelled to Newry before for a Steven Poacher coaching day at St Joseph’s. Amongst those taking sessions that day was Conor Laverty, and O’Rourke has always been a keen admirer of that particular Magpie.

The Down side, managed by Maghera native Mickey Moran, were extremely impressive as they eased past Cavan’s Ramor United last time out. They hit 3-13 and scarily for those conducting the opposition analysis, Laverty nor the in-form Ryan Johnston were on the scoresheet.

“They’re so different to ourselves in that they’d always have an eye on Ulster given that they have been there so often in the past,” O’Rourke said of Kilcoo.

“They’re probably a bit disappointed about the fact that they won Ulster two years ago and then given that they won Down last year and there was no Ulster, people sort of maybe forgot about that Ulster title. That’ll make them even more determined.

“They have been around a long time but there has been a big turnover, they’ve brought a lot of young players in and a lot of those players from two years ago are actually getting better.

“Ryan McEvoy, Shealan Johnston, Ceilum Doherty, all those lads are at any age where they have developed from two years ago.

“Paul Devlin and Ceilum Doherty play with Down, the two Johnstons, Jerome and Ryan, would be playing with Down if they were available, Shealan Johnston was captain of the u-20s.

“And then Conor Laverty, what more can you say about him?” 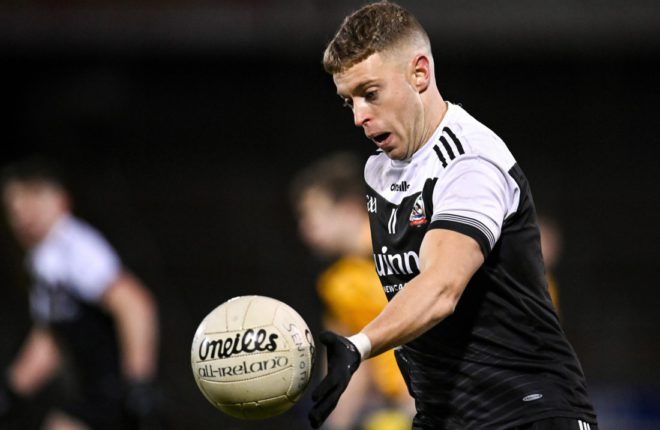 Glen had their own impressive outing the last day. Having come away from Donegal with a narrow victory over St Eunan’s they then took on Ulster heavyweights Scotstown and although the 1-18 to 0-12 scoreline was flattering to the victors, they were fantastic throughout.

O’Rourke, a manager who never gets too carried away with good form or too low about bad performances, said that he was very happy with what his side were producing.

“I couldn’t be more pleased with how the guys have applied themselves from the start of the year,” he said.

“It was difficult that we have been made favourites every game. In every match in Derry, even the final (against Sleacht Néill) we were favourites so we’ve had to deal with that.

“It’s got to the stage now that we don’t pass any remarks to that now and it’s all about focussing on the performances in these games.

“I was very pleased with how we performed against Sleacht Néill and then it was a real tricky game, coming off those county final celebrations, up in Letterkenny. We didn’t play our best football but the boys just showed brilliant character to dig the result out. That was another string to our bow.

“The last day against Scotstown, I thought we played a lot better. There were a couple of passages when Scotstown really came at us but overall I was really happy with things.

“Kilcoo are a step up again and it’s going to be a different challenge. We’re delighted to be there and to have that challenge.”

And on Moran coming up against his home club? It’s a narrative that is inescapable heading into the game, but O’Rourke is happy for the
media to do their thing and he doesn’t see it having much of an on-field impact.

“Obviously I would know Mickey but I would have had no great big dealings with him, I’m not a Maghera man myself,” said O’Rourke.

“I wouldn’t imagine it’s a big thing in the club, I don’t know when Mickey was last involved or anything like that. From our point of view it’s not something that carries any real significance and the main thing going into the game is trying to get the performance right.

“Who is over the teams, stuff like that, won’t have a big impact, it’s just about who performs here.”

O’Rourke is also expecting to have the same selection of players available to him that was present for the Scotstown game.

“We have a few lads in the panel who have been out for a long while but the rest came through the Scotstown game alright.” 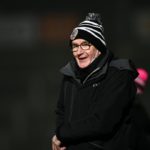