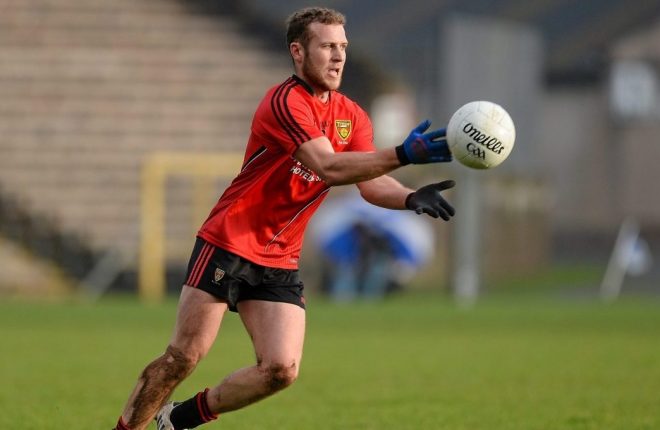 Darren O’Hagan has been outstanding for Down in recent seasons

IF Down’s Ulster famine has been excruciating for their fans, the wait for a championship win over bitter rivals Armagh has been equally unbearable.

Clonduff man Darren O’Hagan is attempting to become the first player since Paddy O’Rourke in 1992 to lead Down to a championship win over the Orchard county.

That’s been tough to stomach for O’Hagan and all in the Clonduff club. Hilltown is an area that has always fervently supported the county team, and losing a sixth consecutive game to their neighbours at Pairc Esler doesn’t bear thinking about.

“It’s two competitive neighbours and through the early 90s, and even before that, it was always a massive rivalry,” said O’Hagan, whose brother Barry will be trying to hurt Armagh at the other end of the pitch.

The full interview with Darren O’Hagan is available in store today or online here.