THE word building creeps up three times during a short conversation with Mark McCullagh as he looks ahead to life as Ballinascreen’s joint manager.

Together, they head up ‘Screen’s management team for the year ahead that began with a 2-11 to 0-7 Ulster league win over Sarsfields.

This weekend, they travel to Dungannon as they sus out the players at their disposal.

“We got off to a decent start, but they have plenty of work to do,” said McCullagh, a native of Loughmacrory.

“There are a lot of young lads, they are a club in transition,” he continues. “There lot of the older heads are starting to finish up and some of them are on the fence about whether they are going to play or not.”

The only player definitely out of their plans is former Derry defender Dermot McBride who has called time on his career after his latest injury on a troublesome shoulder. 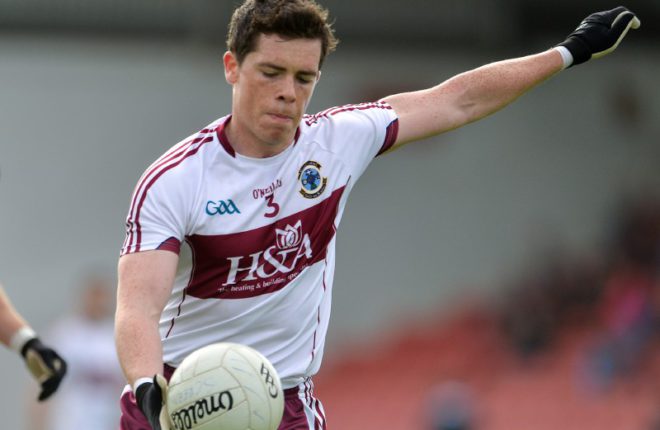 “He tried to come back a few times from a shoulder injury, so he is finished up,” said McCullagh.

In McBride’s absence, Derry star Benny Heron and Carlus McWilliams are among the experiences heads. Not all have the players have confirmed their return.

“We are giving all the boys time to think it over,” McCullagh said. “The leagues are starting now at the start of April. I am hoping they are all back out for the next few weeks.”

One thing they won’t have to worry about is relegation through the leagues after Derry CCC’s decoupling the league and championship.

The league has grown from 12 teams to 16 by Derry CCC and McCullagh didn’t make much comment on the structuring.

“We are starting to build again, so we see it that it is what it is,” he said. “We are going out to win every game, should it be a challenge game, in the Ulster league or the league when it comes around.

“With no relegation, some teams would be taking their eye off the ball you’d imagine.

“When you are starting a building progress, we’ll be going out to give our best account and focusing on performances.”

Ronan McKenna is on his way back from an operation with Niall Doyle recovering from a cruciate injury sustained last season.

They’ll have to plan without Benny Heron for the foreseeable future and work in tandem with the club’s hurling management.

“It’s about finding the balance,” he said. “It’s a dual club and the boys have been working hard to marry up the hurling and the football, so we can play both codes.”

After cutting their senior management teeth with Monaghan intermediate side Tyholland last season, McCullagh is looking forward to a getting a full year of action.

“We really enjoyed it, but it was difficult to make our first step into senior management and had two Covid stricken years.” 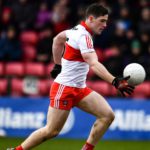