Katie Geoghegan was given her senior debut between the posts for Waterford. Monaghan captain Muireann Atkinson made her first start of the 2022 championship.

Goals from McGrath and McGregor gave Waterford a 2-4 to 0-3 half-time lead. The sides were tied at two points each after a cagey first quarter in the blistering heat. Hogan kicked the opener for Waterford inside a minute before Atkinson replied from a free. Áine O’Neill and Amy Garland then traded scores.

On 24 minutes, McGregor found the unmarked McGrath in front of goal. The former full-back coolly rounded Orna Kelly and banged it in. McGrath then assisted a point for McGregor. Two minutes before the break, Waterford cut open the Monaghan defence again and McGrath supplied McGregor who rifled the ball to the top corner of the net. An injury-time effort from Katie Murray left Sullivan’s side seven points up.

Murray was sin-binned in the third quarter for a challenge on Amy Garland. 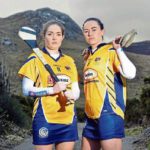 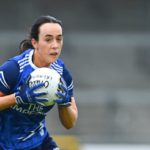