THE Monaghan club scene heads towards the knock out stages with plenty still at stake.

LOSE this and if results go a certain way over the next few rounds, champions Scotstown will exit the at the group stage. There’s little chance of that happening though, and despite their round one defeat to Ballybay they should win comfortably here. Aughnamullen were well beaten by Clontibret but were better against Ballybay. But a relegation battle awaits.

GOALS from Michael P O’Dowd and Francis Hughes helped Clontibret to victory over Aughnamullen last time out, but they’ve had three-week wait for this game. With an away trip to Scotstown to come, a positive result will likely be required here. Ballybay have looked sharp under Jerome Johnston and Mark Doran. Shane Monghan, Eoin McKearney, Shane McGuinness and Christopher McGuinness have been impressing.

BLAYNEY have lost all three games to date and if they don’t win here, they’ll finish bottom of the group. Even victory would require round four results to go a certain way. Carrick have been involved in two tight games, edging out Latton and losing to Truagh, and they should find another close win here.

BOTH SIDES have won two from two, so the winner here will be in pole position to top the group and advance straight to the semi-finals. Oisin McConville’s Inniskeen have been free-scoring, with Andrew Woods particularly impressive. Truagh have the tools to shut them down though in what should be a real battle.

AFTER back-to-back wins, Magheracloone were stunned by a loss to Doohamlet as they played a home game for the first time in years after their sinkhole drama. They were edging proceedings but Dan McCahey’s red card opened the door for the visitors. Emyvale are the only side above them in the table, with Sunday’s hosts earning impressive wins over Cremartin and Doohamlet.

THIS is a huge game in the race for knock-out spots with the loser facing a big ask to reach the quarter-finals. Doohamlet are back in the mix after a great win in Magheracloone last time out, Colin Walshe (1-2) and Oisin O’Neill (0-4) scoring well. Corduff lost to the Mitchell’s in round one, but bounced back to edge Cremartin.

SEAN’S sit in second, but defeat here would leave them behind Blackhill no matter how the final round goes – and then their season would be relying on other results. Blackhill have had the meanest defence in the group so far, thanks mainly to restricting Tyholland to 0-6, and they can keep the score low here too.

TOOME have been great in their two games, racking up 2-13 and 3-17 in their wins over Sean McDermott’s and Tyholland – Ryan Murphy, William Woods and James Wilson prominent in attack. Harps have edged Blackhill but lost narrowly to Sean McDermott’s, they could do with a result here.

WITH two games still to go, both these sides maintain ambitions of topping this group so expect a real blood and thunder affair. Home advantage may just swing in Drumhowan’s way.

KILLANNY have eased their way to two wins with Currin and Drumhowan failing to keep in touch. Killeevan have lost three from three, and another heavy win for the table-toppers looks nailed on.

THIS is Oram’s final group game and they need to finish with a win. In their last two games they have git 5-14 in the win over Aghabog and 0-6 in the home loss to Scotstown, so it’s hard to know what to expect.

SCOTSTOWN have put together hard-fought wins Eire Óg over Oram and they’ll enter this game brimming with confidence. Rockcorry defeated Aghabog last time out and may spring a surprise here. 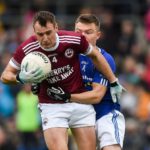 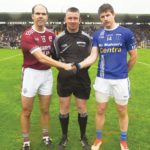 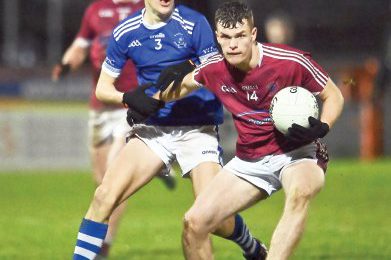