Both are already through to the next round but still these two would like to finish the group stages with a win. The victor will go straight through to the semi-finals. Scotstown are the team to beat in Monaghan and could be just too strong for Clontibret.

Aughnamullen are bottom of the group have lost three from three and won’t be able to cause an upset here. Donaghmoyne have been moving along nicely and are likely to secure their second win of the campaign and, barring a draw in the other game, should earn them a knock-out spot.

Carrickmacross simply have to win this one if they are to remain in the competition as they currently sit at the bottom of group two on score difference. That motivation could be enough to see them cause a shock

Latton are in the same must-win boat as Carrickmacross, but Truagh will be out to continue their unbeaten record in the championship with the target of getting back to the same stage as last season. Score difference could come into play.

Both sides have only lost once so far in the championship, and this could be a really close game. Corduff will have the advantage of playing on home soil which may just be enough to earn them victory.

It’s winner takes all in this one as both need the victory to secure their passage into the next round. Cremartin have failed to pick up a single point so far and that form is unlikely to change this weekend.

Toome have been in terrific form of late, defeating everyone that has crossed their path so far during the group stages. They should continue their winning streak this weekend with a fourth victory on the trot.

Tyholland will be desperate to pick up their first victory of the campaign and with home advantage they may just be able to cause an upset against Monaghan Harps and get the job done.

The winner of this one will head into the next rounds of the championship having topped group one with four wins from four. Clones may just have enough to sneak through a really tight tussle.

This game will be another incredibly tight match up with both teams fairly confident that they can get the job done. If Drumhowan bring their shooting boots, then they could be the team tasting victory this weekend.

Rockcorry are coming off the back of two good wins against Scotstown and Aghabog while Eire Og are heading into the game have lost their last two outings. Form points to a home win in this one.

Aghabog have yet to pick up a single point in the group stages of the championship and their unlikely to turn that form around this weekend. Scotstown look too strong and should see out the victory.

Stewartstown claimed the Division Three title this week, and they should ease through to the first round proper of the Junior Championship.

There shouldn’t be too much between these sides when all is said and done. Errigal have been scoring a bit more freely this year, and that could be crucial. 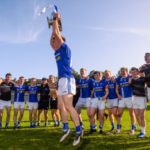 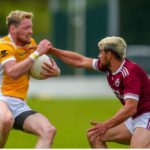 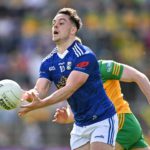 Cavan have drawn a line in the sand after Donegal defeat