Which team mate has been the most inspirational and why? ​
Francie McBrien I would say. He works long hours away from home yet is one of the first men there every night. Had a few injuries too but comes back stronger again. His mindset is unbelievable.

Who’s the best team mate to train with and why? ​
Rory Porteus is probably one of the lads that springs to mind. Always vocal – whether you want to hear him or not!

Which team mate is the worst to train with and why? ​
Paul McGoldrick, a cousin of mine. If we are training together, we probably spend more time chatting nonsense than training.

Which team mate do you want to mark in training and why?
​I enjoy being matched with any of our defenders in the county set-up. You know from the off it’s not going to be a walk in the park.

Which team mate do you dread marking in training and why? ​
I’d say from a county training point of view it would be JP McGarry. He’s 6ft 6 or 6ft 7 and isn’t afraid to throw the timber about either!

Which team mate is the best on journeys away?
I can’t really pick one out as there are about 15 of us sitting in a group chatting or slagging most away days. But definitely the ring-leader for getting the craic started would be Francie McBrien.

Which team is the worst for journeys away?
Myself I’d imagine of late. I’ve had a few howlers with spilling porridge everywhere!

What’s the funniest thing you’ve heard in training or in a match, and who said it? ​
Can’t think of any off the top of my head though Tom Keenan no doubt said something witty!

What’s the worst excuse you’ve heard to get out of training? ​
I think not knowing training was on is possibly the worst you could say. Especially when Rory O’Donnell mentions the times and dates at least four times a week. 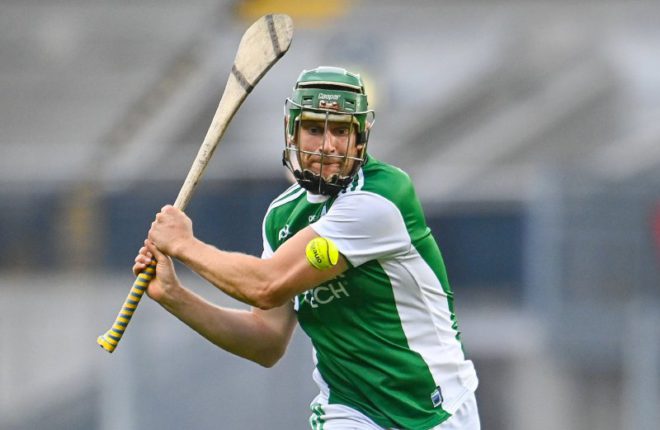 INSPIRATION…Francie McBrien is someone the Fermanagh team look up to

Which team mate would you want standing over a last-second penalty? ​
Can’t go past John Duffy. Hits a good penalty. The one in the Meagher final last year was a clinker!

Which team mate would you never want to see hitting a last-second penalty?
​I’d say our goalkeeper Mark Curry. He may get a nose bleed being that far up the field!

Which team mate is the most sensible? ​
I’d probably say JP McGarry. He and his mother run a successful wedding flower business so he gets the nod for that.

Who’s the best team mate to celebrate with? ​
We won the NHL 3B there this year thankfully. We celebrated that night. The young students know how to do it! 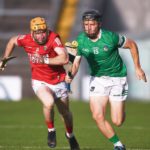