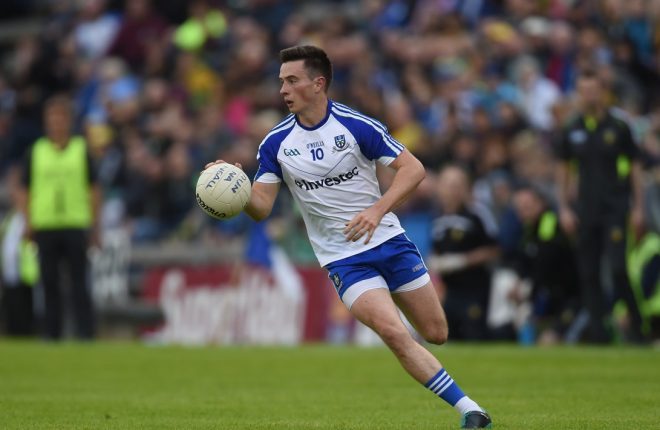 Malachy O’Rourk has changed almost half of his starting line up for this weekend’s clash with Antrim.

Of the starting 15 that beat Fermanagh by a point last weekend, only eight remain, with seven men getting their first starts of the season.

Ballybay’s Drew Wylie and Rockcorry’s Niall McKeown get their first starts of the season. Ryan Wylie (Ballybay) and Kieran Duffy (Latton) drop to the bench as a result.

The experienced Monaghan Harps man Neil McAdam has been drafted in at centre half back.

Brian Greenan, who started against Fermanagh last weekend, has been named in midfield as Kieran Hughes’s partner, while Darren Hughes starts on the bench.

The Monaghan team to play Antrim on Sunday, Glenavy, 2pm: