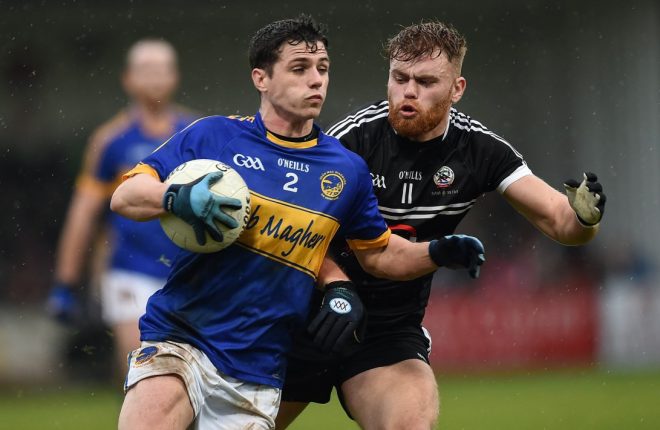 Maghery manager Shane McConville has said that all four teams left in the championship have a genuine chance of winning the title.

In the past, Crossmaglen have been clear favourites, and while the bookies have the Rangers as the number one team to take both the Armagh and Ulster title, McConville feels that the other teams are still in the hunt – provided they are at their best.

“I think that things have leveled out, and I would bring the other two teams (Armagh Harps and Cullyhanna) into that as well.

“On a good day any of them four teams can beat each other, and I’m not going to exclude Ballymacnab either because they’ve been brilliant in reaching the other semi-final.

“In years gone by it was a foregone conclusion, but teams still need to bring their best if they want to survive.”

Read both previews and verdicts in the current issue of Gaelic Life.