MADDEN’S chances of competing for a League title are gone according to boss Mickey Grimley and attention will now turn towards the Championship.

Madden, along with Crossmaglen and Armagh Harps, are four points behind leaders Killeavy who have beaten the Raparees twice in the league.

“We’ve sort of give up on the League now. The big game was Killeavy at home for us if we really wanted a go at the League, which is nearly unbelievable for us saying that because we just wanted to stay in the League at the start of the year.

Madden won the Division One u-19 Championship last season and a host of those youngsters have broken into the senior ranks this season.

“It’s exactly what this team needed as this time. A lot of young boys coming through and no better place to learn than 1A. Going away to Maghery, going away to Crossmaglen, they’re getting plenty of experience. The teams really stood up to it and really took it on.

The injury list continues to grow as some of the younger boys have picked up season-ending injuries while star man Niall Grimley, who sustained a broken bone in his neck during an Armagh training session, will also miss the rest of the year.

“Niall’s target is January. The surgeon said the operation went well and told him he can start doing a bit more walking and stuff but no contact for another four or five months.

“Niall won’t be playing for us, which is unfortunate. A lot of teams were looking forward to their county men coming back on to their panels, but we just haven’t got that X-factor which is a big blow to us.”

The Raparees take on Grange in the preliminary round of the Armagh Championship, set to take place at the end of August, with the winners meeting Killeavy in the next round.

“We never have it easy with Grange, Grange won’t fear us, but we won’t fear them. We have Ethan (Rafferty) to look after, we don’t know who’s going to mark him. The winners play Killeavy, who it looks like are going to win the league, so it’ll not be easy.” 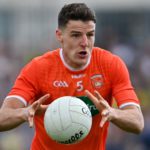 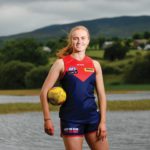