Advertisement
HomeCountiesArmaghArmagh ClubKernan: Every game could be my last
Advertisement 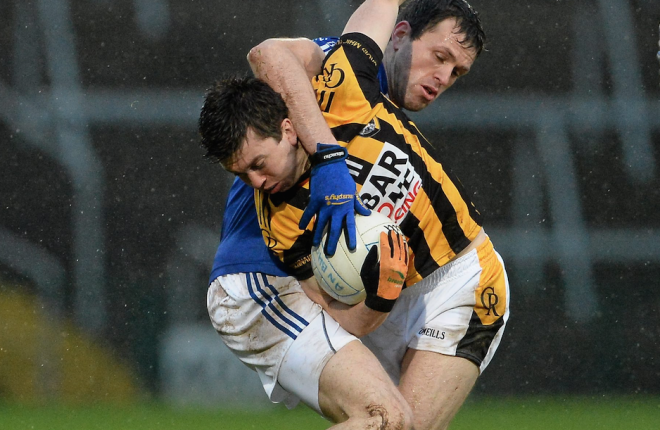 THERE is a perception amongst the media that Stephen Kernan does not like interviews.

Indeed, his last appearance in print before a big game was all the way back in 2012 in the run up to their All-Ireland final replay against Garrycastle. The truth is a bit more surprising, though.

“You’re the first journalist to phone me in four years,” the eldest of the Kernan brothers revealed.

Given the inches devoted to the team in the press, it seems strange that his phone hasn’t been hopping at times, but he doesn’t mind. At 33 years of age, he’s happy for the focus to be elsewhere as he sets about extending his career by at least one more game as the Rangers come up against Castlebar Mitchel’s in Saturday’s All-Ireland semi-final at Kingspan Breffni Park.

“For some people it (retiring) might be about once you get past 30,” said Kernan. “If a player has had a serious injury, or multiple serious injuries, they could approach each game as if it was their last.

“I suppose for me I have been approaching every game as if it could be my last for a number of years now. I’m grateful just to get back to where I am now.

“Looking at this as possibly my last opportunity to win an All-Ireland? I’m not contemplating that; I’m looking at it as the next 60 minutes, which could be my last 60 minutes.

“If you sit and think about it for too long it will make you soft, and you’ll maybe accept what you already have as opposed to keeping the hunger that has made us the club that we are in that you’re always looking at the next 60 minutes.

“Some day it will be my last, so it’s up to myself and the boys to make sure that we can keep this season going for as long as possible.”

The Kernan brothers have been a forceful presence on the Crossmaglen teamsheet ever since Stephen and Aaron were promoted to the senior ranks in 2001. Tony and Paul, who has since emigrated to Australia, joined in latter years.

Saturday’s game in Cavan will perhaps be a sign that time waits for no man, or in this case, family. Tony’s birthday celebrations On Wednesday means that for the first time, all Kernans out on the field will be over the age of 30.

An addiction to health and fitness means that they will carry on longer than most players would be able to, but Stephen knows that he is in the latter stages of his playing career.

With that in mind, it would be easy for him to abandon caution and talk about claiming another All-Ireland title. With three winning medals in his collection already, he would be afforded leeway for such confident predictions, but he doesn’t operate like that.

Instead his focus is on Castlebar, not Croke Park, not securing a seventh All-Ireland for the club. Castlebar.

“The last All-Ireland semi-final we had was against St Brigid’s (2013) and Castlebar beat them the following year and went on to win the Connacht Championship,” he said.

“This year they have beaten the All-Ireland champions from last year (Corofin).

“In the two Connacht Championships they have won in the last three years they have beaten the previous year’s All-Ireland Club title holders.

“It’s a major achievement and a real statement of intent from them.

“Playing them is the be end and all end for us right now, it’s not about anything beyond that.

“It’s just about playing them and putting in a performance.”

This is Cross’s first All-Ireland semi-final appearance since that loss to St Brigid’s. Indeed they hadn’t won an Ulster match either until this season when they bettered Cargin in the provincial quarter-final.

Kernan’s brother Tony pointed to one moment that kick-started the club’s revival on the provincial scene. His elder brother, matter-of-factly, told him he was wrong.

“I had a conversation about Tony asking him about what he thought was the turning point for us this year,” said Kernan.

“His immediate reaction, and I knew what he was going to say, was when Mick McCann missed a point in the first half to put Cargin five or six points up against us.

“We went and kicked five or six points in a row to draw level at half time.

“That was his take on it, but it was not that there because beating Cargin wasn’t, for me, the turning point for us.

“For me it was Oisin O’Neill’s point straight after half-time against Kilcoo.

“We had just spent 30 minutes performing like we had in the Cargin game and we weren’t playing that well.

“There was a massive crowd in Newry, the weather wasn’t great and we came out for the start of the second half and we got a score straight away.

“We won the kick-out and the ball went up to Oisin O’Neill. He dropped it, then he went to bounce it and it stayed on the ground.

“He managed to pick it up again and with the outside of his boot he kicked it over the bar.

“I remember Johnny Hanratty turning to me in the middle of the field and saying ‘holy shit, what a score’.

“The fact that the youngest player on the panel went and did that just lifted everything. I think from then on we really started to click.”

And that’s the rub. When the McEntees, Bellew and McConville departed the scene, Crossmaglen were meant to fade.

When the Kernans finally do call it a day, the same obituaries will be written. But when 18-year-olds are making season-defining moments, it seems the clubs is in safe hands for the time being.

The team may be ever evolving, but the results are the same. Castlebar, be warned.