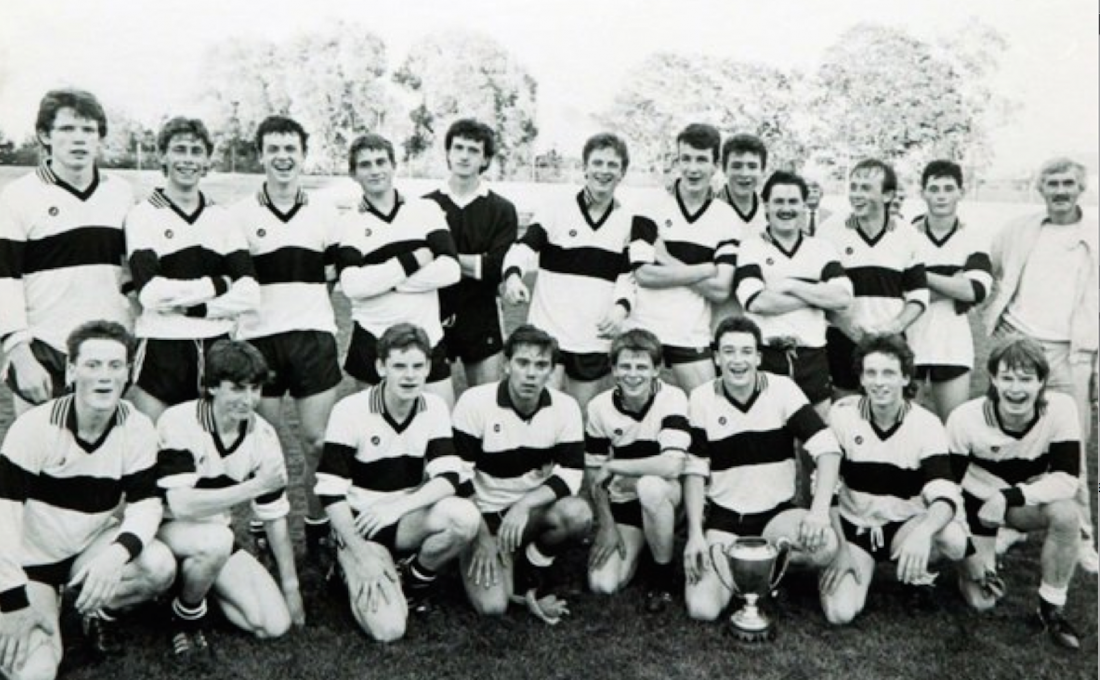 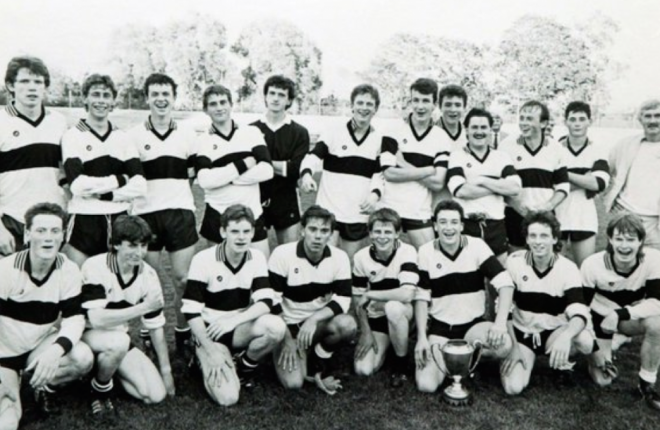 DRIVING past Cathal O’hOisin’s election posters in Dungiven the other day brought me back to childhood in Station Road.

The posters reveal Cathal in all his beauty, down to his Terry Thomas gold tooth, glinting like a Walt Disney villain’s. In the days before Cathal became the cement of the peace process, he used to frequent my Grandmother Hannah’s house on Station Road, which was just around the corner from his own. Hannah’s was the unofficial headquarters of Dungiven Gaelic football and during lazy summers, the small living room was packed with footballers shooting the breeze and not exactly killing themselves. And always there, unfurled on the sofa with his legs outstretched, was Cathal, or “Sam” as he was known.

One day, I went in with my father (we lived in the house opposite). Liam McElhinney, my uncle Eunan and Sam were lying in the living room taking their ease. Sam’s shoe laces were untied. “Flat out boys?” said my da. “Haven’t time to bless myself Francie” said Sam. I think it was that same summer that Frankie Farren hung Hannah’s wallpaper the wrong way up. When he brought her in to proudly unveil his work, she said “Bloody hell Frankie did you not notice the roses were upside down?” It was a great house and come summer time, it was Championship HQ.

Eunan was a brilliant free taker and finisher, but not terribly pushed about training. I remember watching the senior team doing press-ups at St Canice’s Park before a Senior Championship semi-final and when Andy Murphy had his back turned, Eunan immediately stopped, then resumed when Andy turned.

It was all such fun. The boys had a jar after matches and got full after Championship games.

The training was all football, mostly games. The pitch was always full of us younger boys, playing games we organised ourselves. The senior lads would often be at the pitch in twos and threes, catching and kicking and having the craic. And when it came to Championship, the town was at fever pitch.

All that has more or less gone, replaced by endless organised training and excessive control of players’ personal lives. Like everywhere else, playing senior football has become a job of work. Underage football has become so organised and regimented that impromptu kickabouts have disappeared. Drop in at St Canice’s Park on a summer day now and it is empty.

On Monday evening I listened to a radio documentary on RTE1 about the Offaly team of 1982 who shocked the great Kerry team and prevented the mystical five in a row. Michael O’Hehir’s commentary still makes the hair stand on the back of my neck. With a minute to go and Offaly two points behind, Offaly launched one final desperate attack. “And here they come. This is it. Liam O’Connor the full back. A high lobbing, dropping ball. (Seamus Darby catches it on the square) A SHOT! A GOAL! A GOAL! A GOAL for Offaly. A GOAL! A GOAL! OH WHAT A GOAL!”

Kerry, unbelievably, were beaten. As Eoin Liston said “ I’d never lost a Championship match before. I’d won four All-Irelands in a row since my debut in ’78. The thought never occurred to me we might lose.”

Sean Lowry, one of the Offaly players, described the events of the weekend. He said he never liked to break his normal Saturday night routine so when he got home after the final team meeting he toyed with the idea of going to the pub next door for a few pints but the place was packed so he rang the brother in law who lived at the other end of the town and asked if he had anything to drink. I have brandy” said the brother in law, “but nothing to put in it.” “Leave that to me” said Lowry. “We had a couple of brandies, I went down home and slept like a baby until the morning.” Then, the team went up to Dublin on the train, had a walk round the city and headed over to Croke Park.

Afterwards, the players travelled to Naas to the hotel where the reception was to be held only to find that the place was thronged by Offaly folk and they had, in one of the player’s words, “drank the place dry.” “There was no draft beer left at all. There we were stone sober after winning the All-Ireland against the greatest team of all time. Not a drink. And the people had drank the hotel out of bottles of all the decent beer as well. There was only bottles of harp left.” In fairness, they made up for it over the next few months. As goalie Martin Furlong put it, “We drank so much over the next while I nearly died.”

Some years after that, when I was about 18, Dungiven won the county title and we ended up meeting Kingscourt Stars in the Ulster semi-final. The game was at Kingscourt and we went down in a bus, which was a serious novelty. When we arrived, we stopped at a bar in the town and most of the lads had a few whiskies. I never did that, but it wasn’t something that was surprising or a cause for concern. Imagine that nowadays! The outside manager would drop the players involved and they would be pariahs in the town.

With the senior game gone so deathly serious, one of the most pleasing developments in the game has been the growth of reserve football. I was chatting to one of the Bredagh boys at court this morning. He had quit the football because of the demands, but when Bredagh formed a reserve team to play in the East Down league he went back. He loves it. Says it is the most fun he has had in years. And they have better numbers than the senior squad.

In St Canice’s we have a flourishing reserve team, a world away from the po-faced depression of the senior scene. Again, the squad is big. And the noticeable thing about them is that unlike the blanket defensive counter attacking boredom that passes for senior football, they play really entertaining football. The reason for that is they are enjoying themselves. As a result, they won the Reserve league and Championship last year.

They invited me to present their medals at a function in the club a few months ago and it was a terrific night. It brought me back to the most fun time of my football life, playing right half-forward for the Dungiven Thirds in 1986. We blitzed all comers that year, playing adventurous, open football. In the county final, I scored a goal from 30 yards, dipping it over the ’keeper’s head and crashing the net. Nowadays, the manager would be taking me off for not fisting it over the bar. There was a photo of that team doing the rounds on social media recently and everyone of us had a smile on our faces.

High time we smelt the (upside down) roses.