WET conditions at Croke Park spoiled this derby contest as the Mourne men upset the odds. It was Ambrose Rodgers who led the way for them with a tall of 1-2.

Both counties had impressed on their way to the decider and an enthralling encounter was being anticipated. However, the rain began during the curtain-raiser and continued to cause problems for the players as the main event got underway.

Down, though, made light of the conditions. Their challenge was also spearheaded by Liam Austin, team captain, Mark Turley, Donal Bell and Greg Blaney.

The Orchard County might have been expected to make a much stronger impression on proceedings. Afterall, they had arguably the greater Croke Park pedigree and experience, having appeared in the 1977 All-Ireland Final and also the semi-finals of both 1980 and 1982.

But they couldn’t match down in key areas. A team managed by James McCartan displayed the greater tactical knowhow, their superior workrate was also telling and they were composed in defence where Paddy O’Rourke was particularly impressive.

Victory in the game clinched them a fourth National League title and the match was refereed by Weeshie Fogarty, who has since gone on to achieve fame as a well-known broadcaster.

On this occasion, though, there was no doubting Down’s supremacy. They led by 1-3 to 0-5 at half-time and continued to impress in claiming the win on the resumption. 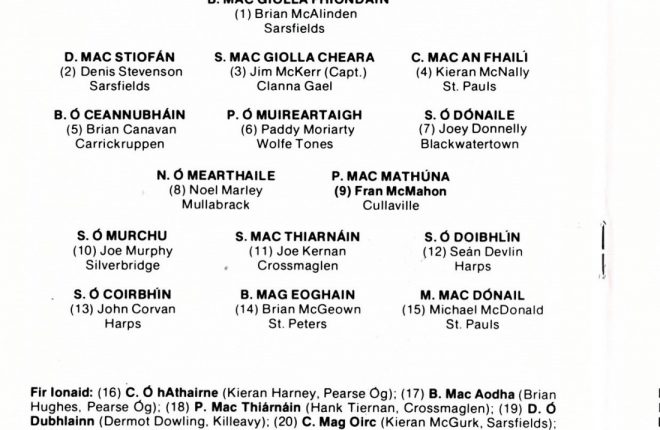 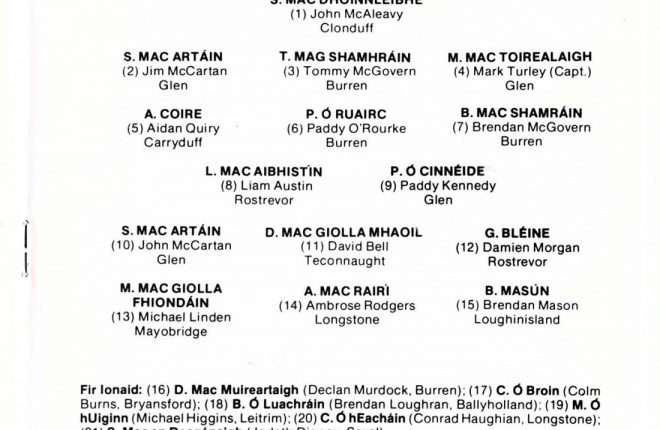