THE Kilcoo players gave outgoing manager Mickey Moran a guard of honour as he left Kilcoo for the last time after stepping down from the helm of the All-Ireland champions.

Moran wasn’t in attendance to receive his Manager of the Year award at Friday night’s Gaelic All-Star awards night.

Conleith Gilligan, who is now joint manager with Richard Thornton, received the award on Mickey’s behalf.

“There is nothing else I can say,” Gilligan said. “No matter what county or club he (Moran)  has been at, the players always speak of him in the highest esteem.

“He has always left things in a better place and the fact that he has been able to leave Kilcoo at the very top and a really good position, I think that speaks volumes.”

Moran stepped down after a three-year term that landed three Down, two Ulster and one All-Ireland title.

“We had a team meeting which would’ve been normal enough, we’d have tea and scones before all the big games,” Gilligan explains.

“So I think some of the players thought that it was in that vein that he was going to stay on.”

The atmosphere in the room changed when Moran informed the squad of his decision to step down.

“Some of the boys spoke after that and the fact that nobody spoke for too long was because they didn’t have the words and they were choking up…it was very emotional.”

Moran, like he always did, put his head into the kitchen to acknowledge his thanks to Martell Kennedy and Maureen McCusker, who had once upon put on the tea.

“The boys, nearly by osmosis, went out and formed a guard of honour in the hall,” Gilligan continues.

“Mickey came back through the room and there was nobody there and came out through the hall, the boys were there and it was hugely emotional. Mickey went to the car and went straight home.

“Mickey is a very emotional person anyway and anybody that knows him well, he is all for the players and the players are all for him.”

Gilligan described it as the perfect end to the perfect story and, while sorry to see him go, was happy to see Mickey go out ‘on his own terms’ at the ‘very top’.

“It was a match made in heaven…the fact that you can have somebody that has that much belief and love for you, it is just incredible that it’s not a father, a son or family scenario.” 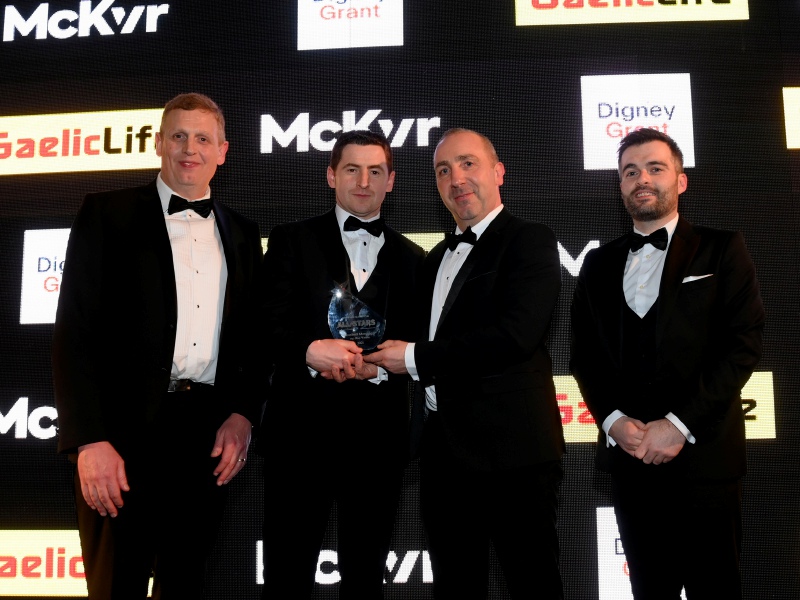 Football Manager of the Year Award went to Mickey Moran and was received by Conlieth Gilligan on his behalf, it was presented by Anthony Boden, Digney Grant, Noel Hegarty, McKeever Sports and Paul Robinson, Gaelic Life MC 23 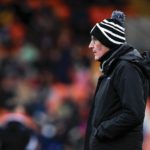