Division Four final in 2019. I loved playing at St Tiernach’s Park, Clones and it was even better winning my first title playing for Fermanagh ladies.

Also, the club championship in 2017. I won my first Senior Championship medal.

Losing the All-Ireland final last year against Louth was disappointing and a disheartening experience, but it was such a brilliant achievement making the final and playing in Croke Park.

Lissan, it’s freezing all year round.

Toughest training session you’ve ever been involved in?

Hill sprints at Lissan are always a killer.

Mulligan’s and An Chead Chumann, Newtownbutler. Blakes of the Hollow and Corner Bar, Enniskillen.

Relax, walk my dog and meet up with friends.

Which character in any TV show/film are you most like?

Can’t think of a character although some people think I look a wee bit like the Irish actress Saorise Ronan.

Which team mates (from any club/county) are the first you’d invite on a night out?

Sarah Britton  is always taking it too far by wearing about 10 layers to every training session and soon realising it’s not that cold.

Once at club training, Claire Mullaney arrived late with the excuse that she slept in – bear in mind it was seven in the evening.

Worst: no one. Best: Aoife Flanagan. Loves a good chinwag.

Best: Maria Maguire and Noelle Connolly. Worst:  Cadhla Bogue would have you up all night making TikToks.

Best: Laura Grew – likes to pack a healthy lunchbox for post training. Worst: I’d say we all have a sweet tooth now and again.

Eimear Smyth is always hard to play against.

Best  manager you have played for?

There’s too many to name, can’t pick one!

Women don’t get enough recognition, although it is definitely improving.

What’s the best thing about being part of the GAA? 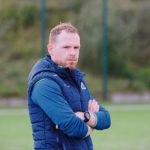 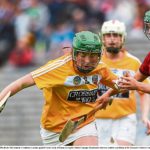 Saffron camogs one step away from All-Ireland final berth