THE old dogs for the hard road did the business as Derrygonnelly claimed the five in-a-row in Fermanagh on Sunday with a 0-10 to 1-3 victory over Roslea.

44-year-old Kevin Cassidy had a starring role, which can’t go without mention, but there are a host of other massively experienced players who’ve resisted the temptation to hang up their boots, like Declan Cassidy, Garvan McGinley and Neil Gallagher.

Joint-manager Brendan Rasdale says that they’ve helped establish a culture within the club that you basically play until you can give no more – but he admits it’s a little easier to keep on going and going when you’re the best club in the county.

“We do have a fair diverse group of players in our panel. Ronan McHugh is still a seventh year at St Michael’s, Gavin McGovern is just out of minor.

“Obviously you have to pay tribute to the lads who have been plugging away for 15 years.

“Kevin Cassidy’s been playing for 27 years and he’s a one-off, but it’s a great thing that there’s a tradition that you play for as long as you can. The fact we’re winning helps, admittedly, but it feeds into our younger players that you can play well into your thirties and that’s great for us.”

Derrygonnelly’s hard-fought victory means they are now only the third club from the county to complete the drive for five (Teemore won a record seven on the trot between 1911 and 1917 and the great Enniskillen Gaels team won six around the turn of the millenium. Roslea and Lisnaskea both came close but failed at the fifth time of asking, the latter on three separate occasions).

Rasdale says that the pressure didn’t weigh heavily on their shoulders during the three-week lead-up to the final.

“They’re a mature group and I can honestly say we didn’t mention the five-in-a-row around the group at all. There were a lot of signs along the road from Derrygonnelly to Enniskillen, and you could see the supporters were up for it, but for us every championship stands on its own merits.”

Derrygonnelly recovered from an early set-up when they conceded a fortuitous goal after a long ball on 21 minutes, after which Stephen McGullion was stationed as sweeper in front of Sean Quigley. Rasdale says that the nature of Fermanagh football is that teams tend to know each other inside out, so it was something that they had already pre-planned for.

“It took us a while to get that in place but it was in our heads to try and do that. The thing about Fermanagh is that we know each other so well as it’s a championship with eight teams and we play each other a lot. There was always going to be that familiarity and Roslea had put together a plan, but we just had enough control of the contest in the final 20 minutes to prevail.”

In particular, Roslea did a good job of curtailing Derrygonnelly in the middle of the park early on, but three points from Garvan Jones leading into half-time paved the way for their eventual victory.

“I felt it was a tough game, Roslea brought a number of things to it.

“The main thing they brought in the firsthalf is that they competed ferociously for secondary possession particularly in the middle third of the field, and they did very well on that and that posed us problems for a while. The conditions were another factor.

“We’d a great burst of three points just before half-time to give us a cushion from Garvan Jones. Roslea came out strong after the break and kicked two points but I felt from 10 minites of the second-half onwards we got control of the game. We had more possession from kick-outs and worked the scores more intricately.”

The Harps now have a month to prepare for their Ulster Club opener against whoever the Antrim champions may be, but their first priority is a league semi-final against Enniskillen Gaels this weekend.

“The league is the next set of worries, we’ve a semi-final this Sunday against Enniskillen and we’ll be keen to do that justice. There’s good potential in that group. Everyone who plays Derrygonnelly wants a crack at us, so if we don’t bring our ‘A’ game we’ll have difficulties.” 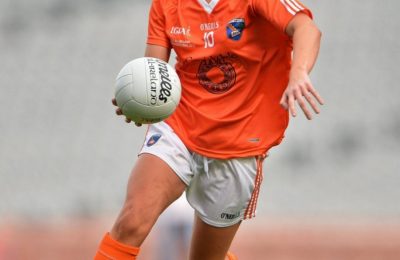 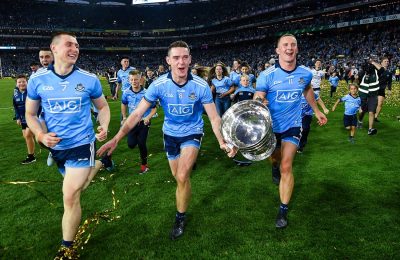 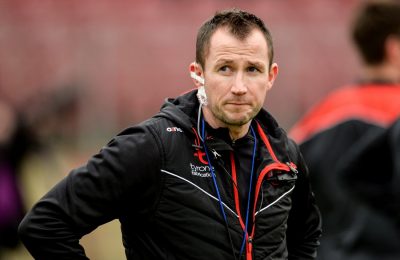 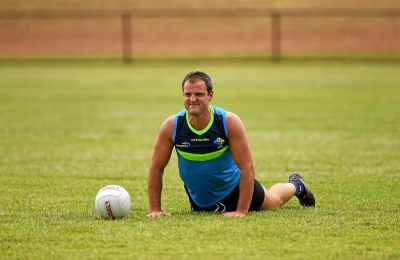