IT’S difficult not to feel sorry for Fermanagh.  Leading by point and in Westmeath’s backyard, they had a perfectly flighted score from the boot of Sean Quigley ruled as wide.

Whether they would’ve built on a two-point lead in the remaining 15 minutes is as debatable as whether their wizard took four, five or six steps to make space for his shot.

As it stands, Fermanagh need to beat Limerick by 19 points and hope Antrim and Westmeath draw if they were to make it into second place to gain promotion away from the possibility of ending up in a Tailteann Cup that doesn’t appeal to them.

With the leagues so tight, counties can’t rely on others to do them a favour. It’s about keeping your own house in order and had Quigley’s ‘point’ have been given, they would be looking at a totally different trip to Limerick this weekend.

On the question of how many steps Quigley took, for me, we should be championing men to burl points from distance and he did brilliantly to manoeuvre himself a yard of space. It’s not as if he was running in a straight line and took six or seven steps.

What could the officials, who missed Quigley’s score, have done?  Hawkeye isn’t feasible and where do you stop with it.

It’s not realistic to have an option where any questionable score wrongly given or not given – in the last 10 minutes of a game that affects a result – could be appealed within 24 hours.

The congested fixture calendar doesn’t allow it.  Getting Fermanagh back to Mullingar for a midweek refixed game would never happen.

It’s the same type of human error that denied Armagh a goal when their penalty crossed the line, yet wasn’t counted in their draw with Monaghan earlier in the season.  We all remember the Joe Sheridan goal that denied Louth a Leinster title and we could go on.

GAA Official Guide 2021:
7.10 (n)
An Objection or Counter-Objection may only be upheld on the grounds (i) that an Infraction has been committed rendering the Defending Party liable to the penalty of Forfeiture, with Award of the Game to the Objector, or (ii) that a score allowed by the referee was not recorded by him or that a score was incorrectly recorded by him, thereby affecting the result of the Game; however no Objection or Counter-Objection may be submitted on grounds that a referee had incorrectly allowed or failed to allow a score.

But it’s hard not to feel for teams that are wronged and in this case, the decision not to allow Quigley’s score cost them a tilt at promotion. 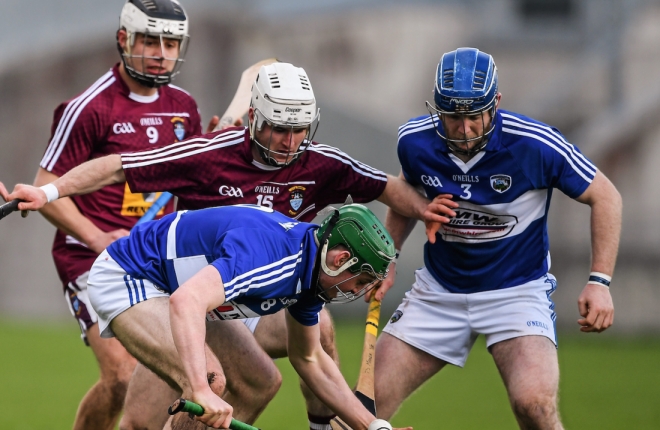 IT’S now the annual topic of debate in mid-April. The pros, the cons, the absurd, the reasonable, the unjust...