REIGNING champions Derrygonnelly won’t have their full hand when open the defence of the New York Gold Cup this weekend against Teemore in the new group format.

The Harps, who lost to eventual All-Ireland champions Kilcoo in last year’s Ulster final, have five of their squad unavailable for this season.

Gary McKenna was their joint top scorer last season with 1-12, but has moved to Australia leaving a hole to fill in their attack. Jonathan McGurn hung up his boots again after being coaxed back as goalkeeper last season.

“Jack Kelly was the goalkeeper the year before last and was out with a bad knee injury, but he is back and is doing well,” outlined Mick Glynn, who is joint manager with Paul Greene.

Sean Flanagan left the management team after 2021, but Shane Ward remains on board as coach.

“Tiarnan Daly is a doctor in Dublin and hasn’t been able to commit fully,” Glynn added. “He’s played the odd game, but it depends on the work schedule.

“Lee Jones is going full time as a musician and hasn’t played this year. Then Gavin McGovern did his cruciate in the Club Players’ League, so that is five players unavailable to us that we had last year, so that has stretched the squad a bit.”

Glynn is happy the core of their team has remained intact and hopes there is more to come after a league campaign that saw them finish in mid-table, away from the title race.

“They are not at the top of their game yet, but hopefully in the championship they will come. It takes a while for county players to gel back into the club scene,” Glynn added.

There is a new format in Fermanagh this year, with the straight knock-out replaced by dividing the eight senior teams into two groups of four.

“The incentive of winning all three games would be getting straight to the semi-final,” said Glynn, contrasting it to last season when they needed replays at the quarter-final and semi-final stages on their route to glory.

“We will be trying to win all our games…that’s the bottom line and if you don’t there is a fall back plan.”

Derrygonnelly travel to Belnaleck in round two on Sunday, September 18 before taking on Erne Gaels the following week, a game played on neutral soil in Devenish.

The teams finishing in second and third place will place in two quarter-finals, with the bottom teams facing each other in a battle to avoid relegation to the Intermediate Championship for 2023. 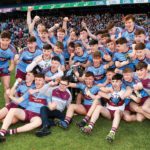 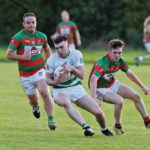