DERRY Native Paul Hasson’s first season in charge of St Patrick’s Donagh couldn’t really have gone any better, but they aren’t resting on their laurels and he says in the long run they’d love to win a Division One title.

In 2021 they claimed the Club Players Competition, the Division Two league title and the Junior Championship crown, before having a run in the Ulster Championship.

Some of their elder statesmen have opted out this season, at least for the time being, but talented young players like Pearse McDermott and Conan Fitzpatrick Foster are coming through the ranks so standards haven’t dropped by one iota.

They’re faring well in the Club Players Competition (a pre-league competition ran off while intercounty players are solely committed to Fermanagh) and their manager Hasson says it’s been hugely beneficial to their team.

“We took the Club Players Competition very seriously last season, and it really helped getting to know who’s who. You can play challenge games until you’re blue in the face but it’s only once you start playing games that you really get to know what your squad is made of.

“It’s really benefiting us this year as well. The young lads are able to dip their toes into top-flight football before the main Division One competition starts up, and while it’s a baptism of fire, it’s the best way for those lads to develop as players. I think it’s a very good competition in that respect.

“There was a bit of an exodus after the success of last season, Paul Cosgrove was a big midfielder for us in the engine room and he’ll be a big loss, but others are sitting on the fence about coming back or not. The door is always open for them.”

Hasson, who is joined on the sideline by Fermanagh goalkeeping coach Pat Cadden and Leo Rice, says that playing in Division 1A of the Club Players Competition has been a big step up, but they claimed an impressive win over Roslea last weekend and they’re second in the table at present (there are five teams in total).

“The standard is definitely a big step up. We played Roslea on Friday night and they were a very good team. Devenish will be the same this weekend when you see the results they’ve had against other teams in our group. Derrygonnelly are also in our group and they’re the standard-bearers in Fermanagh football so it’s great we get a rattle at them.”

While Hasson enjoyed immediate success with St Pat’s last season, he hasn’t lost sight of his long-term ambitions in the club. They’d love to win this year’s Intermediate title, and he says that the Division One title, named after club legend Paddy Foster, is another target.

“As I said last year, we took on this task with the goal of bringing St Pat’s back up to playing senior football. We came on in leaps and bounds last year, and maybe did better than people expected, but we want to consolidate our Division One status. Believe it or not St Pat’s have never won the league so that’s a target in the next few years as well.” 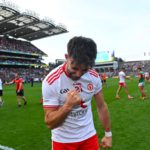 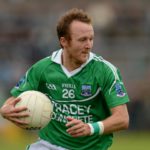 “I wouldn’t change a second of any game I played in.” – Paul Ward reflects on his career 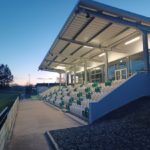 Ederney add to management team ahead of new season