Saturday will mark the fourth League final that the Down hurlers will have competed in six years.

The Mournemen fell victim to Wicklow in 2014, neighbours Armagh in 2016 and Mayo in 2018. Manager Ronan Sheehan is determined to reverse the trend.

“We want to get out of this League. I think the fact that Down have been in four League finals would probably indicate we are worth a shot at Division 2A. It is what it is. You have to roll with the punches and we’re determined to go one better on Saturday,” Sheehan stated.

This weekend’s opponents are Ulster rivals Derry. The two sides are familiar foes, and it was the Oak Leaf county that prevailed in the opening game of this season at Celtic Park in a three-point victory.

“Both teams know each other very well and if you look back on the last couple of years there’s nothing between Down and Derry hurling,” Sheehan admitted. “Saturday’s match is going to be nip and tuck and it’s probably the team that gets the breaks on the day that will win. There’ll be neither team running away with it, that’s for sure.

“I think the downside of ourselves and Derry meeting again is that you always get a bit of a Groundhog Day. We’ve probably played Derry three or four times in the past twelve, eighteen months and on each of those occasions we’ve come out on the wrong side. We’ll be looking to rectify that.”

Since that opening day defeat, Down have been in fine form and are well-deserved of their spot in the League final. London, Roscommon and Warwickshire were all heavily beaten as Down racked up impressive scorelines, before a hard-fought victory over Kildare booked their place in the final.

“It’s always good to be coming into the match with momentum,” Sheehan acknowledged. “From Derry’s perspective, they’ll obviously be coming with momentum as well because they’re unbeaten. I think both teams will be coming in with confidence.”

The structure of the hurling leagues is such that, unlike in the football divisions, it is only the winner of the League final that will gain promotion to the higher divisions. Sheehan has taken issue with this disparity .

“I think both Derry and Down, and Ulster hurling in general, would benefit from both teams going up. You’d like to think in time the GAA will see a bit of sense and replicate what they’re doing in the football leagues with the hurling leagues and give both teams the opportunity to go up.”

However, Sheehan does not underestimate the impact that promotion could have for Down. “I think to get up would be massive. I think there’s a real opportunity for this young team to push on and get up into 2A and sustain it there for a couple of years,” he affirmed.

“We’ve got a very good age profile in the team and we’ve got some very good underage hurlers coming through. To get up there would give Down hurling a massive boost. I think these players themselves would develop immensely from that opportunity. We’re going all out to win it.”

With seconds left on the clock at Celtic Park on Sunday, Derry were on the brink of missing out on a top two finish in Division 2B. Kildare, needing a win, were moments away from fulfilling their objective. Down awaited in the final, and it looked like the Leinster men would join them.

Up stepped Conor Kelly, who tapped the sliotar over the bar to heroically deny Kildare victory and earned the point that Derry needed to contest a second consecutive League final. The drama capped off an incredible game, which finished 2-16 to 3-13.

The result meant that the Oak Leaf county finished top of Division 2B with 9 points and unbeaten, having recorded four wins from their opening four games. Down, London, Warwickshire and Roscommon had all fallen victim previously.

“We didn’t really look past any game,” revealed Sleacht Néill man Sean Cassidy. “Within the panel we wanted to build momentum and see where it took us and thankfully it’s got us to the League final which, being honest, was an aim for us at the start of the year.

“We knew if we applied ourselves properly and trained as best as we could we would get another shot at a League final and compete for some silverware but, most importantly, promotion, especially after missing out last year,” Cassidy said.

It has been quite a turnaround for Derry hurling in the past couple of years. The side lost all five League games in 2018, and were saved only by their thrashing of Armagh in the relegation play-off.

Dublin man John McEvoy was appointed manager in 2018 and made an immediate impact.

2019 was a positive year, and McEvoy was re-appointed for a second term along with his backroom team of Johnny McGuirk and Brian Delargy, and this has paid dividends thus far with promotion on the cards, and that is something that excites Cassidy.

“For Derry to get promoted would be making steps in the right direction but we know if we get that far, we are going to be competing against better quality teams and players and, as a Derry hurler, that’s where you want to be.

“Saturday will be a tough game but we are looking forward to it and we will give it our best efforts, which has been the main theme all year from John and the management team.”

Odhrán McKeever may be called upon to make a similar impact as he did last weekend where his late goal turned out to be a decisive one, while the likes of Richie Mullan will play a huge role. Cormac O’Doherty will need to continue his fine run of form. The Slaughtneil forward has hit double figures consistently this campaign and posted 1-10 (1-1 from play) out of Derry’s 2-16 against Kildare.

Derry have won the last two League games against the Mournemen, and will be hoping that the trend continues on Saturday as they aim to extend their unbeaten run, overcome the heartbreak of 2019 and ensure promotion to Division 2A for next season. 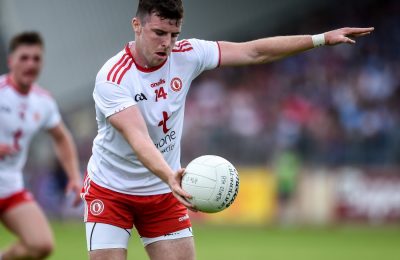 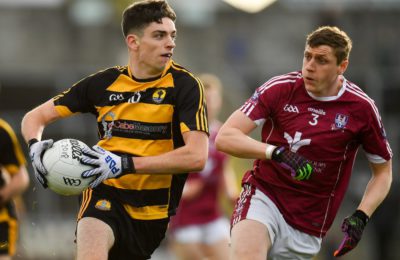