BALLYCRAN and Portaferry meet in the Down Senior Hurling Championship final for the fifth consecutive year this Sunday, in what promises to be yet another close encounter.

Last year’s decider was an epic, where extra-time was needed to determine a winner, with Ballycran eventually winning on a 2-25 to 3-20 score-line.

The 2022 campaign hasn’t been plain-sailing for them however, but according to Jamie Fowler, who manages the team alongside James Henry Hughes, they have been building towards this moment.

“Every year that we set out, that’s our aim – to reach October and get into the Down Championship final,” he said.

“We started our league campaign slowly to be honest, and we struggled through, and finished in the bottom half. Then in our first championship game, Portaferry beat us; but we knew that it was going to be a process, and from the start of the year our sights have been set on this weekend.

“It has just been a case of building every week and we have been going in the right direction, thankfully.”

Ballycran’s indifferent form throughout the league and the group phase in the championship was in part due to having a number of players missing through inter-county selection and injury.

However, Fowler says that he has a full squad to pick from, at just the right time.

“The Bredagh game in the semi-final was probably the first time all year that we have had a full squad of boys to pick from,” explained the Ballycran boss.

“It’s a welcome problem to have I suppose, and it’s what you want – everybody fit and ready to play. So, it has given us a couple of tough decisions to make ahead of the weekend.”

Whilst there will be decisions to be made, stalwarts Sean Ennis and Scott Nicholson remain the heartbeat of Ballycran, and if forwards Chris Egan and Stuart Martin bring their A-game, they have every chance of retaining their crown.

Familiar foes and local rivals, the two finalists know each other like the back of their hands, and despite Portaferry winning 1-21 to 0-16 when the sides met in August, Fowler says that this game is going to go right down to the wire.

“We know Portaferry inside out, and they know us inside out,” Fowler remarked.

“We have been involved in the last five finals with them, and there are no secrets between the teams. It would have been nice to get a victory at the start of the championship, but it has no bearing on this weekend.

“We got over the line last year and it was probably as good of a final as you’ll see. It went into extra-time, and it had everything.”

Interestingly, despite only six miles between the clubs in the Ards peninsula, and Ballygalget’s neutral venue readily available, the two sides will travel over 60 miles to Newry to play out the final in Páirc Esler.

That, however, is of no concern to Fowler.

“I like it, and the players are happy enough with it too.

“I know it’s a long distance to travel, but when those boys are on the pitch and they hear the roar from the stand…It’s an hour and a half to drive, but it’s a good stadium, and you couldn’t play in a better ground.” 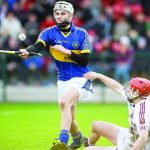 DOWN PREVIEWS: Trophies up for grabs in the hurling championships 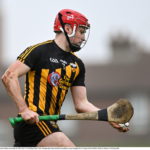 Important points at stake in the Down Hurling Championships