IN the latest of our Teammates features, we caught up with Down’s Ryan Magill.

Teams played for: Burren and Down.

Which team mate has been the most inspirational and why?
Kevin McKernan, his longevity at the top and small tips help me to improve.

Who’s the best team mate to train with and why?
Odhran Murdock, Gives 100 per cent and challenges me to improve myself.

Which team mate is the worst to train with and why?
Donal O’Hare, getting old so only trains once a week. 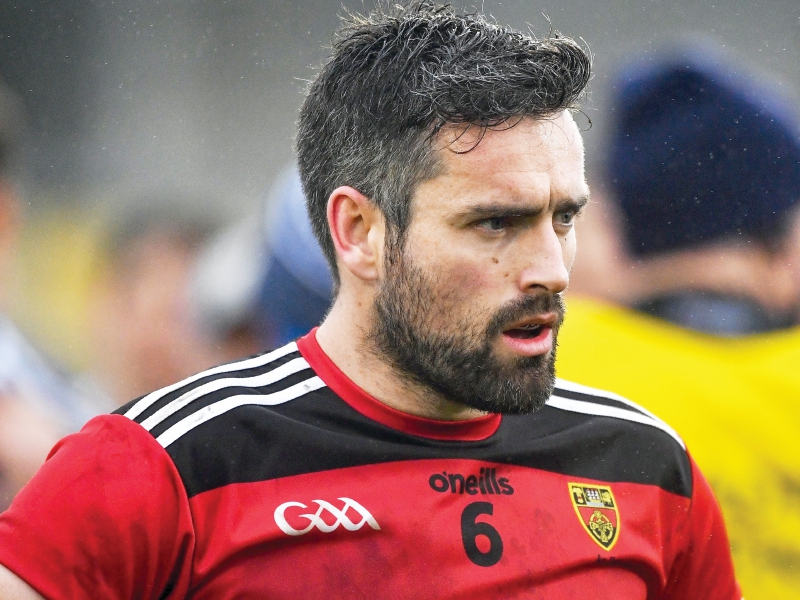 ADVICE…Kevin McKernan is an experienced head

Which team mate do you want to mark in training and why?
Jack Murtagh, doesn’t track my runs forward.

Which team mate do you dread marking in training and why?
Liam Kerr – speed machine.

Which team mate is the best on journeys  away?
Callum Rodgers.

Which team is the worst for journeys away?
Aaron Murdock.

What’s the funniest thing you’ve heard in training or in a match, and who said it?
Shea Croskery titling himself as an “animal food nutritionist.”

What’s the worst excuse you’ve heard to get out of training?
Conor O’Keefe, burnt from his six-minute holiday.

Which team mate is the loudest in the changing room?
Niall ‘Bobo’ Kane.

Which team mate would you want standing over a last-second penalty?
Odhran Murdock.

Which team mate would you never want to see hitting a last-second penalty?
Barry O’Hagan or myself.

Which team mate is the most sensible?
Darren O’Hagan.

Who is the smartest of all your team mates?
Conor Cox. 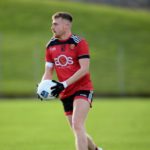