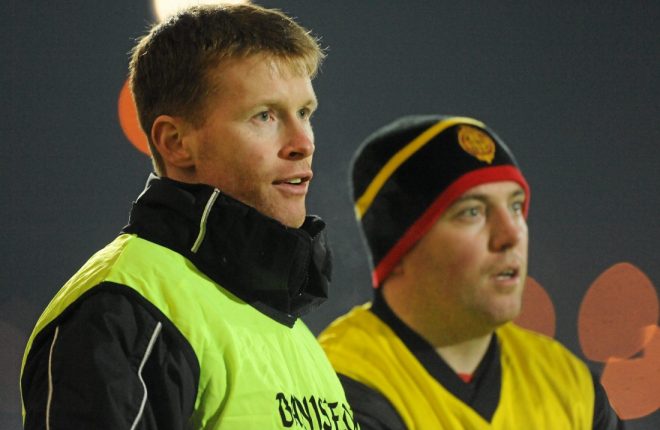 THE Bredagh footballers have had rather more time to prepare for Sunday’s Ulster Intermediate Championship first round clash against opponents Burt or Milford (Letterkenny, 2pm)

The Donegal finalists played out a stalemate last weekend and the eventual winners been forced into playing their replay on Saturday, 24 hours before they will face the Down Champions.

Ulster GAA refused a request from the Donegal county board to postpone the provincial clash – and this isn’t without precedent as fellow Donegal club Cloughaneely had to play twice in two days in 2014 in the exact same situation.

Speaking last week, Bredagh boss Jody Gormley notes that it’s been a successful year already for the south Belfast club across the codes.

“After the Down final we were talking and the players are keen to give it [Ulster] a rattle. There’s no doubt it was well-celebrated, it’s been a very successful year for the club. The ladies won the senior championship, and the hurlers and footballers won the intermediate championship, so there’s a lot of ambition there.”

The footballers strolled to a 3-13 to 1-9 victory in that Down Intermediate final against An Riocht and Gormley says there were determined to mark their mark in the championship this season.

“I think we’re looking to take another step on what we’ve achieved. The league’s over, we finished midtable.

“It [winning the championship] might’ve been a surprise to other people but it wasn’t a surprise to us. This is my third year as manager and in my first year we got to the quarter-final, last year the semi-final and this year the final, I’ve think we’ve been making steady progress.

“There were very few games we had a full contingent of players and in the games we lost, we only lost by a number of points. While the league table probably reflected where we were at, it didn’t reflect our championship aspirations.”

The former Tyrone footballer also says he has happy that Bredagh is building a tradition for itself.

“On our team that won the championship, there was maybe only one or two boys tops who haven’t played underage for the club.

“There’s a tradition building, I won a junior championship myself with Bredagh in 2006, Paddy Heaney, Enda Gormley, and Mark Diamond from Bellaghy were playing. That’s when I joined the club, in 2006, and my kids play for the club as well.

“The support is growing, there’s a lot of effort being made by the coaches to get the kids to come out and support the team.”