Donegal captain Niamh McLaughlin was named as Senior Footballer of the Year over the weekend and is still trying to come to terms with the shock. Michael McMullan writes…

IT’S Monday afternoon and Niamh McLaughlin’s true emotions have yet to make up their mind. Shock and surreal are still two of the words she uses to describe being named as the Players’ Player of the Year at Saturday’s All-Star soirée in Dublin.

It will sink in eventually. For now, it’s about delving through the countless messages of congratulations that hit her for six.

“People have just been so nice,” the Donegal captain said of the stream of well-wishers.

Even the hoarseness in her voice cannot disguise the excitement.

“It is very, very surreal when you see the girls who have won it before and the All-Star was my first nomination,” she offered.

She looks back at all the star players to have graced the game, never thinking of being enrolled in the Player of the Year category.

The fact that it was her peers, those she played both with and against, that voted for her adds to the appeal.

One of six Donegal players shortlisted for an All-Star, Niamh was up against Meath All-Ireland winner and two-time All-Star Emma Duggan and Kerry star Louise Ní Mhuircheartaigh – who scored 4-24 in the championship – for the Player of the Year award.

“It is lovely to think that people took the time to vote for you,” she said.

Every year she’d cast her vote and – without even gracing All-Ireland Sunday – she is overwhelmed to have been selected this season.

Mingling with guests in Dublin’s Bonnington Hotel, McLaughlin was taken aback with players from other counties telling her she had their vote.

Aimee Mackin picked up the award in 2020 despite Armagh not playing in the final. It’s often an All-Ireland winner of a sharpshooter that grabs the individual plaudits.

“It is nice as a midfielder,” said Niamh, who has represented her country in International soccer.

“There are a lot of girls in our team and across the country who have put in a lot of work and don’t get the recognition they deserve…and, by that, I don’t mean me.

“Even defenders don’t get the recognition they deserve, but there are contributions from all across the pitch and that’s what is so nice about it.

“There were girls there on the night and even in my position that I was looking at, who had really good years, and that’s what makes it a bit more surprising.”

She hasn’t stopped smiling since. It was the perfect night with “24 or 25” of the Donegal crew there to celebrate on the night, including manager Maxi Curran, her parents and sister Bláthnáid, another Donegal footballer.

Termon trio Nicole McLaughlin, Geraldine McLaughlin and Evelyn McGinley were nominated for All-Stars, with Tanya Kennedy (Robert Emmets’) and Niamh’s Moville clubmate Niamh Hegarty who was there with her sister Ciara.

“I hope everyone had as good a night as us because we had some laugh,” Niamh McLaughlin said. “We got to bed very late at night or very early in the morning.

“There was so much craic…you are mixing with girls you play against on the field. You have your tough battles with them and you realise that we are all the exact same really and we all want the same thing for our teams.” 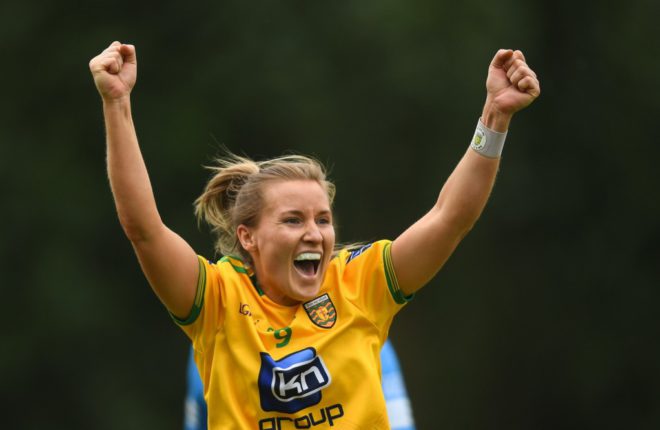 As well as being recognition for McLaughlin’s role in keeping Donegal at the top of the tree, the award was one for persistence after a career that has been blighted with three cruciate ligament injuries.

In her late teens, it was her right knee that twice needed operated on during a time when she was in demand between Gaelic football and soccer. And it was often on teams a couple of years above her age.

While studying physiotherapy at university in Northumbria her soccer career saw her play for both Sunderland and Newcastle. It was always sport and as much as you could fit in.

“I was playing soccer for Ireland at the time,” she said. “I was very lucky in my group at underage that we always had success.”

The lure of winning and playing on successful teams is always a carrot to keep any recovery programme on track. There is also support of family and friends. And the love of playing for Donegal and Moville.

“The people you play with make it so much easier because you don’t want to miss out on those things,” she added, while referencing her inner determination to put the head down and get back to full fitness.

The third cruciate injury, while playing soccer for Ireland the 2017 World University Games in Taipei, was on her left knee, the most testing recovery.

“There were a few more bad days in my own head,” McLaughlin recalls of her third injury recovery. “There was the ‘why me’ type thing (in her head) and it’s important you have those days too rather than keeping it all up inside because it builds up in you.”

Getting the frustration out is important. Rehabilitation is far from a bed of roses, but the welcome hand of support was again offered.

“It is just having the support of the girls you are getting back to in around the team makes it easier to get back to where you want to be,” she said.

It all paid off with 2-2 to her name in her first game back, the 2019 Ulster final win over Armagh in Clones. She was back.

It was another brick in the wall as she established herself on the inter-county stage, culminating in Saturday’s award.

“I was delighted for my family because they were there through all the tough times too,” McLaughlin added.

“Bláthnáid is a big part of me and keeps me grounded. She is one of the biggest supporters and, like a lot of the players on our team, doesn’t get the recognition she deserves.

“I know people say this all the time, but the award, you want to be able to share it with everyone else. Without them, you’d never be playing it wasn’t for all these people. There are so many factors that come into it.

“I am really grateful for everyone I have crossed paths with. Maxi has stuck with us over the years, my Daddy (Davy) was involved, Micheál Naughton was involved and my underage coaches.”

Looking forward, she sees the game in a healthy state with the increased promotion. And from a Donegal point of view, the league will come around earlier this season but there are only a few tweaks to keep them at the forefront of the challenge for an elusive All-Ireland.

“We’ll get the band back together and hopefully there will be people coming in as the year goes on,” she said. “To get ourselves right…we are not looking for divine intervention. It is small improvements here and there. There are a lot of the teams that are competitive and you can’t take any of the teams for granted.”

For now, it’s about letting last season digest and accept the mantle of the best player in the country. 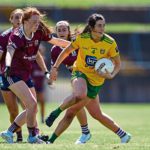 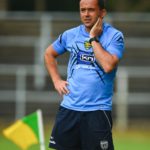 Donegal ladies out to down the Dubs 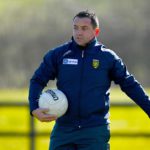