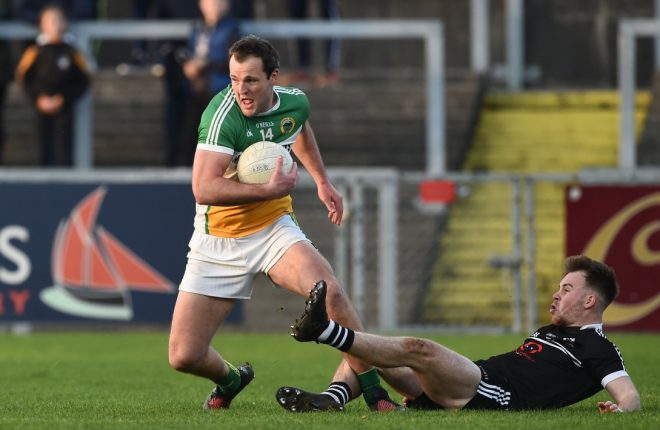 Glenswilly began the defnce of their title at the weekend

The first Senior Championship in Ulster threw in at the weekend.

Donegal started their competition, which is run as a round robin group event.

There were no major surprises but plenty of good football.

The champions Glenswilly had a comfortable start to their defence, beating Ardara by five. Last year’s beaten finalists Kilcar, won against Gaoth Dobhair.

Among the incidents of note was the goal by Ardara’s CJ Molloy, which was caught on video, and many regard as being a possible winner of the goal of the championship.

Here is some of the reaction which was on Twitter:

Not a Glen man scored it, but it’s just too sweet not to share. Early days but could be @MMurphySports Championship goal of 2017 @ArdaraGAA pic.twitter.com/x5Bt7GXAhc

Goal of the season contender from CJ Molloy after 15 seconds of the second half. Glenswilly 0-9 Ardara 1-4 and she’s getting heated

After watching Kilcar his first club champo game today he has the ball in Hand..We’re starting… https://t.co/VtVBBpPQ9I

Day out with the wee man to support Gaoth Dobhair on championship Sunday first one off in nearly 20years😁 pic.twitter.com/TVaBN8Div1

I’ve a rule that anytime I lose a championship game I have to watch Joel Schumacher’s Batman and Robin. A tight penance.

@NaomhConaillGAA Super result lads! Thanks a million for the coverage on Twitter! Was super to get to see it from Thailand!!!💪 #naomhconaill

Malin travelled to Bundoran today in the Donegal SFC – a 180 mile round trip. Must be biggest distance between two teams in one county? #GAA