A PLACE in the All-Ireland Junior Hurling Championship semi-final is at stake this week when Setanta take on Kilburn Gaels (London) in the Twinning final in Pairc Colmcille, Carrickmore at 1pm.

Setanta only won the Ulster Junior title last week but there’s no time to get carried away with that success.

There is an unknown factor surrounding Kilburn and it will be a challenging assignment.

However, Setanta are keen to get through to the All-Ireland semi-final where Easkey (Sligo) lie in wait.

The fact that Saturday’s winners will take on a team from a non-traditional county as opposed to a side from Kilkenny, Tipperary, or Waterford certainly won’t be lost on any player from either side on Saturday.

That’s not to say that Easkey won’t be a formidable side, but they are unlikely to carry any great fear factor.

Setanta manager Gary McGettigan says his team haven’t got above their station at any time in the season, and after they were caught in last year’s county final by St Eunan’s, they know that anything can happen in a match.

“We were never looking too far ahead this year but obviously the aim would be to make it through to the All-Ireland semi-final.

“It’s not going to be easy. You never know what you will face against a London team.

“You see that even when Donegal play London and there can be big changes from one year to the next year.

“There are a lot of boys over there working, even local boys, so I’d imagine they are going to be a strong team.

“We were in the All-Ireland semi-final a few years ago, and the boys would like to make it back there, so we will give it a good rattle anyway.”

McGettigan was pleased with how his side went about their business in last Sunday’s Ulster Final.

Antrim champions Shane O’Neill’s were a good side, but Setanta eventually overpowered them in the second half to win by 1-22 to 0-15.

“It was a professional job but it wasn’t easy.

“It was really only in the last five minutes that we pulled away from them.

“It was a real good battle and we had to work hard for it.

“There was a strong wind in the first half and we were against it, so we were very happy to go in at half-time and only be two down.

“It was really a five or six point wind so we were more than happy with that to be honest.

“We couldn’t really get rid of them to be fair until Davin’s (Flynn) goal. But once it opened up a bit, our boys started to pick off the scores from distance, and we ran away with it in the end up.

“Shane O’Neill’s are a good team but we are just delighted that things went our way.”

Flynn and Declan Coulter were brilliant in attack for Setanta but their defence also stood strong, and Steven McBride’s courageous block demonstrated their desire to win.

“There was a big block. I don’t know how it came about but there was a flick to clear and that was a massive moment for us no doubt.

“A goal at that point would have put them in a strong position and God knows what might have happened then to be honest.

“But we cleared it and went straight up the field and got a point, which I think put us in front for the first time.

“That was a four point turnaround, and we pushed on after that.”

McGettigan and his management team will be busy sourcing information on Kilburn Gaels this week and they will be calling in all their sources to help out.

They had a lay-off before the All-British Championship got underway, but there were no signs of rustiness as they beat John Mitchel’s (Warwickshire) by 2-23 to 3-8 in their semi-final.

Two weeks ago, they won the British decider after hammering Fullen Gaels (Lancashire) by 4-22 to 2-7.

McGettigan said: “Look, we don’t know an awful lot about them and we haven’t got much time either.

“We will get the homework done this week and prepare as best we can. We will be trying to get reports and everything else going.” 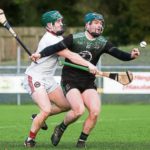 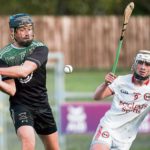