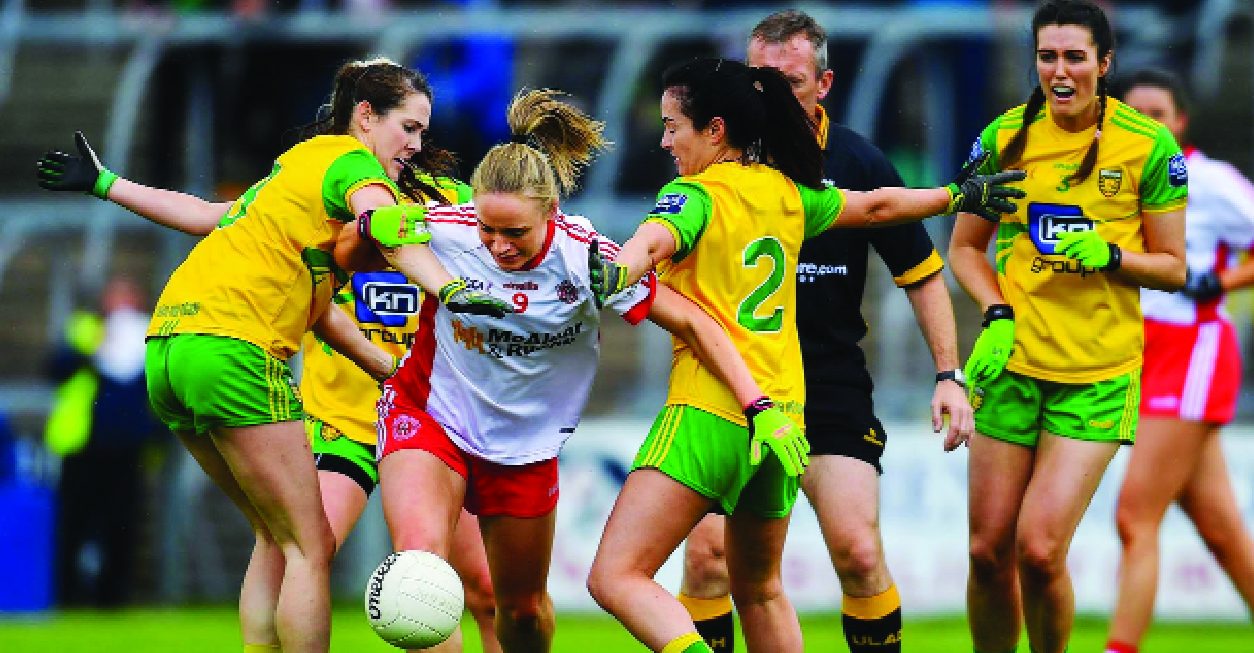 DONEGAL’S Ulster Championship three in-a-row bid is starting to pick up a bit of pace but Cavan will be quietly confident of upsetting the applecart in Saturday’s semi-final clash at Killyclogher.

Maxi Curran’s side got up and running in a preliminary round win over senior newcomers Tyrone at the weekend, but they were made to work for it as they recorded a 3-13 to 2-12 victory over the Red Hands.

Cavan, meanwhile, have been biding their time for nearly two months now after their Division Two campaign came to a disappointing end when they lost a Division Two semi-final to Waterford by 5-13 to 2-9.

While their manager James Daly has done a decent job since coming on board at the start of last season, they’ll want to push on this year and reach their first Ulster final since losing to Monaghan back in 2016.

One of their star performers, Aishling Sheridan, has spent the last four weeks in Australia with Northern Territories Thunder in the Victorian Football League Women’s – the AFL’s second-string – but she’s back this weekend for Cavan’s Ulster Championship opener.

As the final scoreline against Waterford suggests, their defence is an obvious area for improvement (they had the second worst record in Division Two), but opposition manager Maxi Curran is conscious that they are facing a team with bucket-loads of senior experience this weekend.

Curran said: “It’s going to be a big step up for us, they’ve been a senior team for a long time and are used to playing at this level. They’ve been unlucky to miss out on promotion to Division One in the last few seasons and will be confident about beating us.”

At certain junctures it looked like Donegal were going to pull away from Tyrone in Saturday’s preliminary round, but a dogged Tyrone made them fight to the very end. Curran reminded us that last year’s All-Ireland Intermediate title winners are no mugs.

“Tyrone are a very mobile team and that’s an exceptionally important quality to have at the highest levels of ladies football.

“We knew that would cause us a bit of bother, but we always had our noses in front and they never got within four points of us.

“We’d be pleased with our composure. They got their goals late on in the second-half but we did well and got the next few scores to put a bit of daylight between us.

“That’s one of the things our young girls learned in Division One this year.

“Fair play to Tyrone, they gave us an almighty battle. They’re a fully fledged senior team now and they’ll have no fear of everybody in the qualifiers.”
Donegal must keep the show on the road this weekend with a short turnaround between matches, and although they have a few knocks and niggles to contend with, they should be almost at full-strength against Cavan.

“It’s a quick turnaround and it’s about trying to get the bodies right. We’d a few knocks heading into the Tyrone game and a few more now, it’ll be a patch up job but I wouldn’t rule anyone out at the moment.”