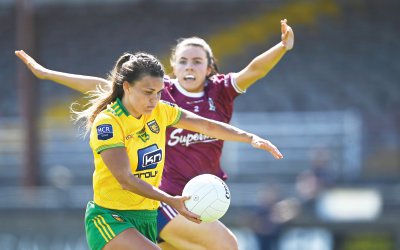 6 June 2021; Niamh Hegarty of Donegal in action against Sophie Healy of Galway during the Lidl Ladies Football National League match between Galway and Donegal at Tuam Stadium in Tuam, Galway. Photo by Piaras Ó MídheachSportsfile