Former Derry player Paul McFlynn believes that RTE may be making a mistake by dropping Joe Brolly from their Sunday Game show.

McFlynn made his point on Episode 11 of Take Your Points, which will be broadcast this weekend.

McFlynn is a former county team mate of Joe Brolly, and he says on this week’s episode that while Brolly is ‘marmite’ for some viewers he provides entertainment and valuable analysis to the programme.

Gerard O’Kane echoed McFlynn’s suggestion, but pointed out that RTE are seeking to take a more stats analysis based approach to their coverage of Gaelic Games.

McFlynn joined Gaelic Life columnist Gerard O’Kane and reporter Ronan Scott on the most recent episode of the fortnightly GAA chat show as they look at the big issues in the association.

In the episode the team reviewed Dublin’s All-Ireland victory, and how Jim Gavin’s team have managed to get so far ahead of the teams in Ulster.

The panel discussed the changes to the GAA structures next year, and how a second tier is likely to affect counties like Derry, Down and Antrim.

They talk about the issue of schools football, and the amalgamated An Dun team which won the Mageean Cup title last year.

Watch the show this weekend as it is broadcast on NVTV channel (channel 7 in greater Belfast) on Friday 8.45pm, and repeated on Saturday at 5.45pm and again on Sunday at 8.45pm.

Keep an eye on social media for the update of when it goes live.

Catch up on all the Take Your Points Episodes here 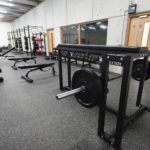 The shifting culture of physical fitness