DERRY GAA are reporting a surplus of almost £350K for the 2021 financial year.

In his report for Monday’s AGM, Treasurer Martin Devlin has published the county’s financial standing, with a surplus of £348,842, which increased from the £201K reported last year.

It follows from their statement last year that the board were now ‘debt free’ at the end of the 2020 season, having paid off the capital loan of £650,000 secured in 2013

Included in this is a commercial income of £208,213, with the Derry Club  Championships streaming service, which amounted to over £45k and is a combination of live TV subscriptions and Season Passes for on-demand 2021 Championship content, which is down from £75K last season.

The capital spend during 2021 included works to upgrade two training pitches at Owenbeg, now in their final stages, as well as the installation of a next generation broadband facility which was used to live stream games from Owenbeg during the club championships. The new pitches are expected to be available for use during summer 2022. 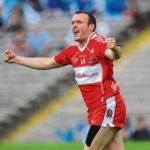 TEAMMATES: Derry All-Star forward Paddy Bradley looks at some the players he lined out with 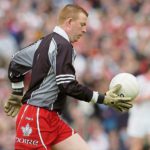 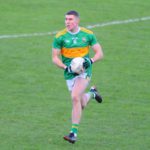