FORMER Derry underage star Callum Brown has ended any speculation of linking up with Rory Gallagher’s side after signing another deal with Sydney based AFL side GWS Giants.

Brown was one of three players to have their deals extended at the weekend and  Giant’s General Manager of Football Jason McCartney was pleased to have secured Brown for another season.

“Callum has taken the next step in his AFL development, and we were pleased he was able to see the reward for his effort at the back end of this season,” he said.

“His speed and athleticism are unmatched, and we’re excited about his potential as he continues to hone his footy skills.”

Brown scored an amazing four goals when he made his fourth AFL appearance this season, but was linked to a return to GAA after speculation he was on the verge of a move back to Ireland.

Brown, who was also on the books of Irish League soccer side Linfield, caught the eye of scouts with this power and athleticism as Derry went on a run to the All-Ireland minor final in 2017.

He was part of their Ulster u-20 winning side the following season, with scouts coming to Ireland to watch him play for his club Limavady before putting the wheels in motion for a transfer to the AFL as a Category B rookie.

Chrissy McKaigue, Conor Glass and Anton Tohill were part of Derry’s Ulster Championship winning squad this summer after having stints in the AFL. 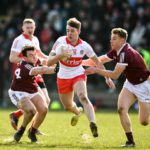 Further bad news for Derry ahead of final league game 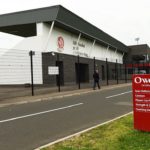 Derry GAA report a surplus in their 2021 accounts