KEVIN Lynch’s have more improving to do as the stakes rise in the Derry Senior Championship insists joint-manager Ronan McCloskey.

Speaking after Sunday’s comfortable win over Ballinascreen the former club an county star was happy to have secured top spot and take on Swatragh in Saturday’s semi-final (Emmet Park 4.45pm).

The reigning Derry and Ulster champions Sleacht Néill face Ballinascreen in the other semi-final on Sunday (Davitt Park 3.45pm).

“Top spot is what we have been aiming for anyway,” McCloskey said. “It still the championship and you go out to win every game; to improve as we go along and we still have a good bit left to do.”

Kevin Lynch’s were moving the ball early to a forward line where Sean Kelly, Odhran McKeever and John Mullan were the key players, benefiting from the work further out the field.

“There were some good scores and there was definitely some good movement up front when we got a chance, but it was very stop-start,” said McCloskey

“In terms of movement, we are happy enough. We were tight enough at the back but we know there will be harder tests ahead.”

They face a Swatragh team that pushed Sleacht Néill every step of the way, with a point between the sides after 43 minutes before Brian Cassidy’s accurate and Shane McGuigan’s late goal sealed victory for the champions.

Kevin Lynch’s never looked in any danger after John Mullan and Conor Kelly goals saw them lead 2-12 to 0-6 at half time, but they went back into their shell with ‘Screen outscoring them to 0-4 to 0-1 in the early stages of the second half.

“It is something we have been trying to get going, keeping up the tempo for longer periods of time,” McCloskey said.

“You can’t play for five minutes and then drift out for five minutes. You have to be able to keep that going for 30, then take a break at half time and go at it in the second half to try and keep the tempo up.

“You will not win championships unless you are able to do that, you need to go for 60. These wee zones where we go to sleep won’t work when we go further down the line.”

There was a cameo appearance for Eoghan Cassidy after 50 minutes for his first hurling of the year after his recovery from Osteitis pubis.

Former inside forward Tiarnán McHugh has been stationed at wing back, as McCloskey and Shane Elliott aim to maximise his input.

“If the ball is not going into the full forward line, he is out of it (the game) and is too good a player not to be in it,” said McCloskey.

“We want to get him involved and he is, so with every game he is getting better at it.

“ He is strong in the air and a strong runner too so it gives you other options.”

There was also a familiar figure in goals where Liam Hinphey continues after coming out of retirement last year.

“The old dog for the hard road,” McCloskey joked. “He (Hinphey) doesn’t do panic, he has a really cool head on him and has played at a higher level than any of our players have. He has that experience and he is a real leader for us.

“You have no fear when a ball is dropping in, you have that bit of confidence that he will take it and deal with it.” 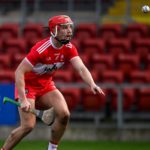 Lynch’s hoping to sustain their performance for longer 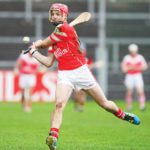 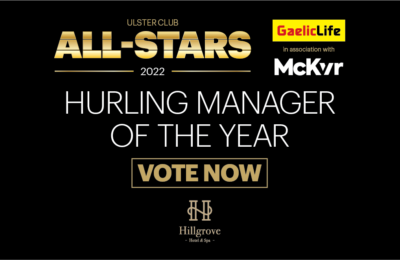 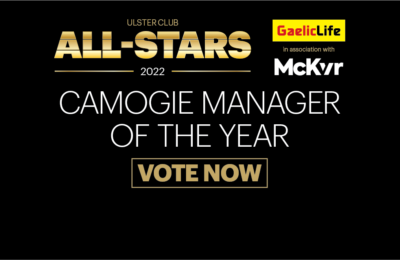 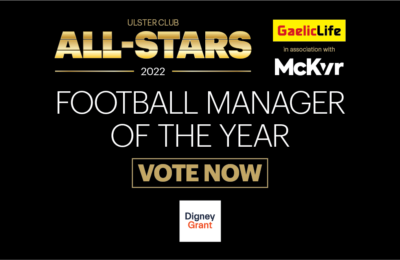 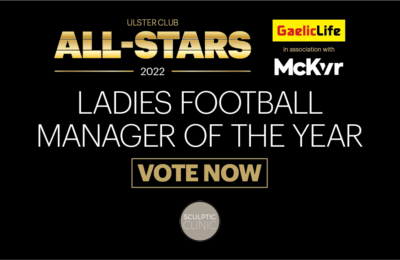