LAVEY were sunk by a late Eoghan Rua burst in the play-offs to leave them in a rematch with Na Magha from the group stages when a late Segdae Melaugh goal saved Lavey. Na Magha fell short against Banagher in their play-off. If Melaugh returns from a hamstring injury to join Ciaran Hendry, they should collect the silver.

THE champions are eying a tenth title in succession and come in after blitzing Ballinascreen in the semi-final with Brendan Rogers looking on from the sidelines. The Lynch’s needed to dig deep to fend off Swatragh, with Richie Mullan’s accuracy from placed balls seeing them home.

A tough test for Michael McShane’s side, one they’ll be expected to pass.

ULSTER champions Banagher won’t be able to defend their provincial title, but Derry success is within their sights. Darragh Cartin has been featuring from the bench on his way back from injury. They take on Ballinascreen this weekend and the experience of last year should stand to them.

THE Davitt’s can count themselves unlucky not to me in the senior final and their performance against Kevin Lynch’s make them favourites for the intermediate title. They face an Eoghan Rua side that overcame Lavey thanks to two Niall Holly goals. A tight game with the ‘Swa to come through. 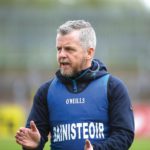 McShane not ruling Brendan Rogers out of Derry hurling showdown 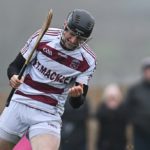