SLEACHT Néill are still searching for a new senior football manager to succeed Paul Bradley who stepped down after three years in charge.

The club confirmed to Gaelic Life that a sub-committee has been formed to take care of the appointment and are still currently actively searching for a manager.

It comes after speculation that Louth manager and former Tyrone boss Mickey Harte was set to be appointed as the new manager,

Speaking on the OurGame podcast this week, Chrissy McKaigue ruled out any chance Harte was coming on board saying there was “no substance” to the story.

Damian Barton and Brian McGuckin are set to remain in charge for a second season with Magherafelt.

The Rossa pushed Glen most in the Derry scene this year before a Stevie O’Hara goal broke their resolve in a powerful finish.

There will be a new management structure in Lavey next season after Jude Donnelly stepped away to take over as the new manager of neighbouring Greenlough.

Donnelly was part of their 2008 intermediate winning management under manager Hugh Mulholland.

The former Bellaghy championship winner was manager when Glen reached the 2019 county final.

Greenlough won the title in 2015 and 2020, but were without former county player Enda Lynn who transferred – with goalkeeper Kevin Mullan and play-maker Ryan Tohill – to play championship football in London.

Killian Conlan has been appointed as the new Ballinderry manager, but has yet to finalise his management team.

The former Derry minor and senior coach was part of successful management teams in the club in the past and after a significant input into the Shamrocks at underage level it’s his first time at the helm with the seniors.

His management is not fully complete, but John McIvor will take care of the strength and conditioning, with Noel Browne and Kevin Murray staying on from the outgoing management team of Mark McCullagh and Mickey Gallagher who steered ‘Screen to last year’s Ulster League title.

Declan Bradley stepped down as Kilrea manager after last season, but coach Padraig O’Kane – from Loup – has stepped up to take charge.

Fionntán Devlin will remain at the helm of his native Loup for a second season.

Damian Cassidy will remain in charge of Bellaghy and will have the same backroom team involved, including Michael McLaughlin who was a championship winning coach in Donegal with Martin Regan in Naomh Conaill.

Swatragh are still searching for a new manager after Kevin Madden stepped down to join Steven Poacher’s management team at Mayobridge.

Former Derry goalkeeper has moved into management with Faughanvale where he will be joint manager with Killybegs native Brendan McGuire who was involved in Joe Gray’s management team last season.

Faughanvale have five Derry intermediate titles to their name and came closest to adding to that in 2017 when they lost out in the final to Newbridge.

After relegation in 2014, the ‘Vale – with Gray coming in as player manager – bounced back with a junior league and championship double before losing the Ulster final to Rockcorry. 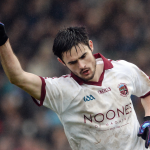